I have heard about Math Mammoth through the years but never used it. I was pleased to receive three downloadable workbooks from the Blue Series, which works on one specific topic for each workbook. We reviewed Data and Graphs, Statistics and Probability and The Four Operations (With a Touch of Algebra). 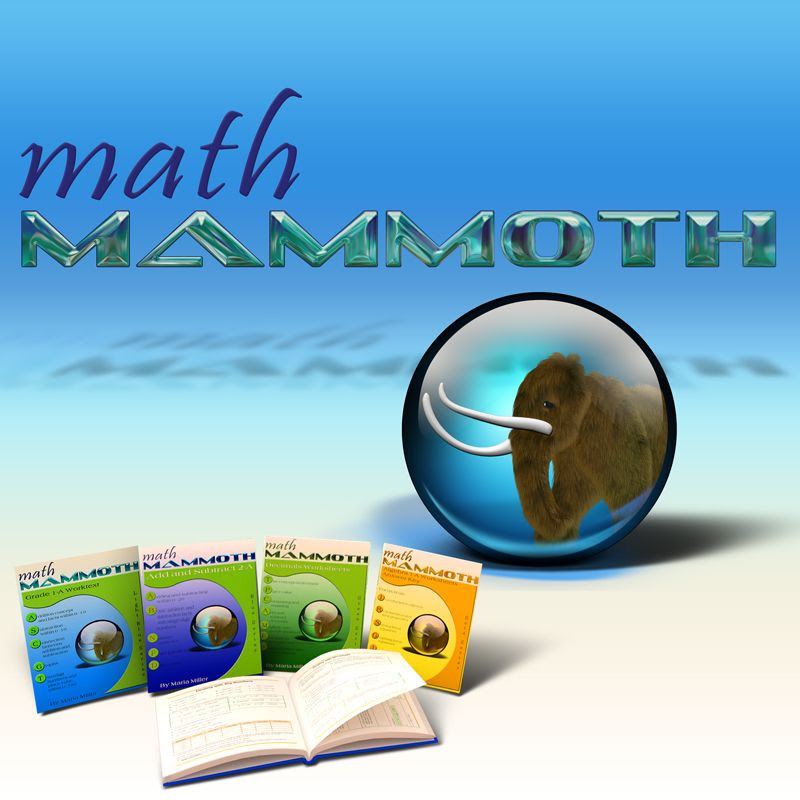 I was a bit concerned that Anne had a gap in her education when it came to graphing, so I decided to have her do the Data and Graphs workbook. It is intended for grades 2 through 5 but served as a fine review for my 7th grader. Anne (12) is good at math but doubts herself a great deal and had just come through a difficult patch in her 7th grade curriculum. It was time for her to have a little break with some confidence building. She found that workbook enjoyable and liked the set up of the pages. "They (the pages) weren't too busy and the directions were well written," Anne told me. The book covered many different kinds of graphs, as well as average and mode. I felt that the workbook was complete and did an excellent job breaking down the steps. 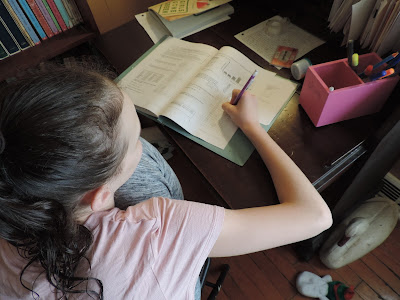 Dean (14) struggles with math. In fact, he really dislikes math. I decided that he needed a positive feeling in math more than to move forward at this time. He did The Four Operations (with a Touch of Algebra). He found the pages easier than expected and felt that the directions were clear. As he worked, I noticed that some of the math explanations seemed to be similar to Common Core in nature. I generally dislike Common Core and told Dean that he either could choose to do the math the way it was explained or the traditional way. He said he didn't mind the way they were asking him to do the problems.
We also looked over Statistics and Probability. It looked like a very consistent and complete program. I may have my daughter do it next. My son is going to move on to Pre-Algebra with Math Mammoth. This may seem surprising to those who know how opposed I am to Common Core Math. However, the way Math Mammoth uses Common Core standards makes sense to me, and I could easily understand their explanations. I didn't see any crazy problems like those circulating the Internet or that I have seen in other curricula. I also made it clear to my children that I would teach it a more traditional way if they became confused. To read more about Math Mammoth's beliefs go here.
So, overall, this program gets a thumbs up from our family. The kids really liked that each workbook concentrated on just one aspect of math. However, if you are looking for a complete curriculum, they have that on their website. I am also excited about their real life workbooks. They go from elementary arithmetic through calculus. What an exciting way to make math come to life! Check out what other members of the Homeschool Review Crew had to say. We all reviewed different workbooks.

Blessings, Dawn
Posted by Dawn at 4:32 AM