We finished our second five week unit this Friday. The kids prepared a show and tell for their Grandma and Dad. We decided to have a "pink" dinner in honor of the Pink Panther theme song by the composer Henry Mancini. We couldn't find that much natural pink food on short notice. However, we had pink lemonade, ham, watermelon and strawberry chocolate chip cookies. We listened to songs by Mancini while eating. 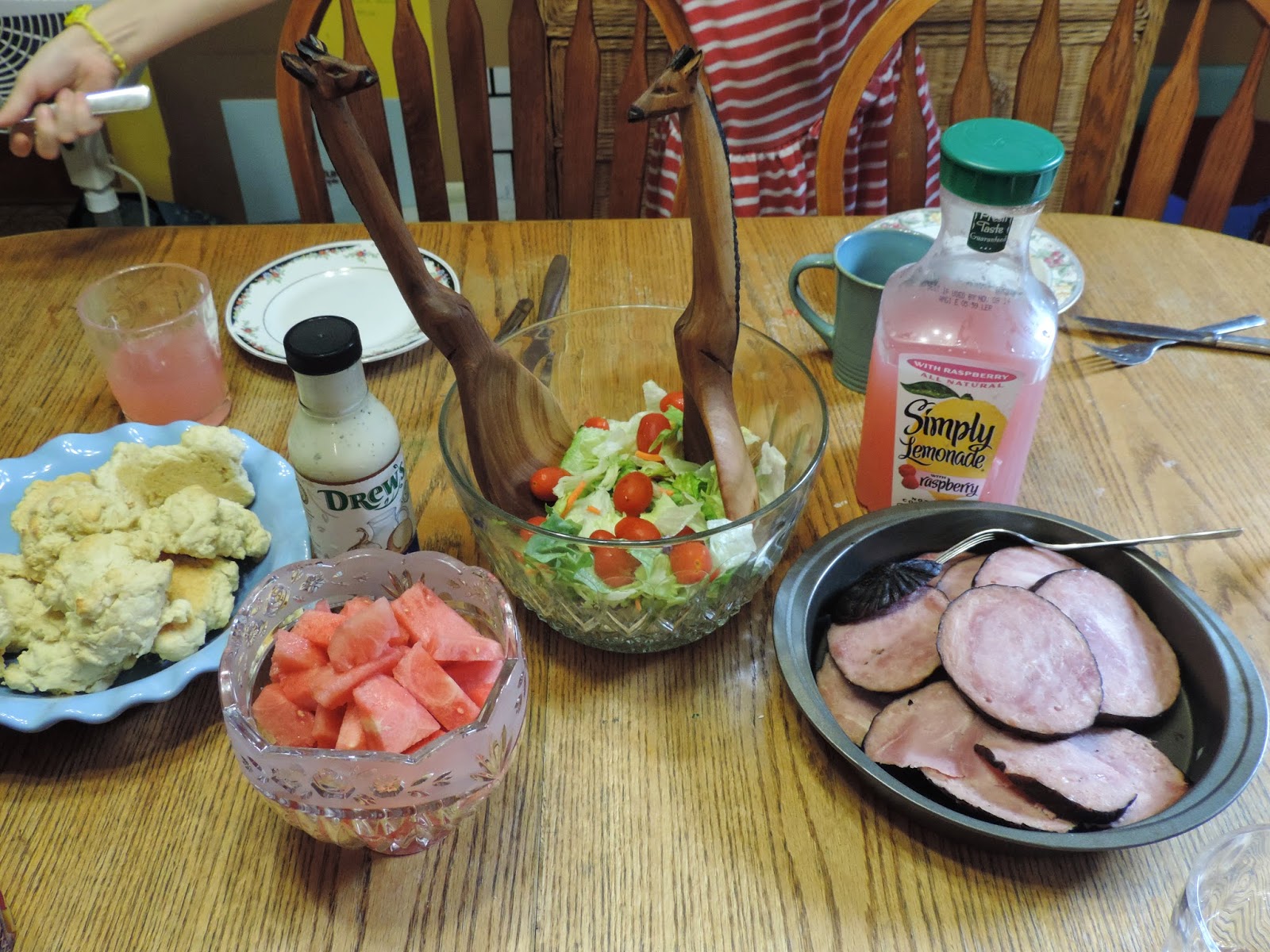 When dinner was completed, the kids started their presentations. Tom Sawyer started with his presentation on  Paddle to the Sea. He showed us the maps the kids made and narrated the story. He also told about his writing class that he is taking with about five other boys. He also read his book report on his favorite book in the last five weeks. He chose The Little House in the Big Woods. I was surprised that he wanted to read this book again, but he said it was one of his all-time favorites. 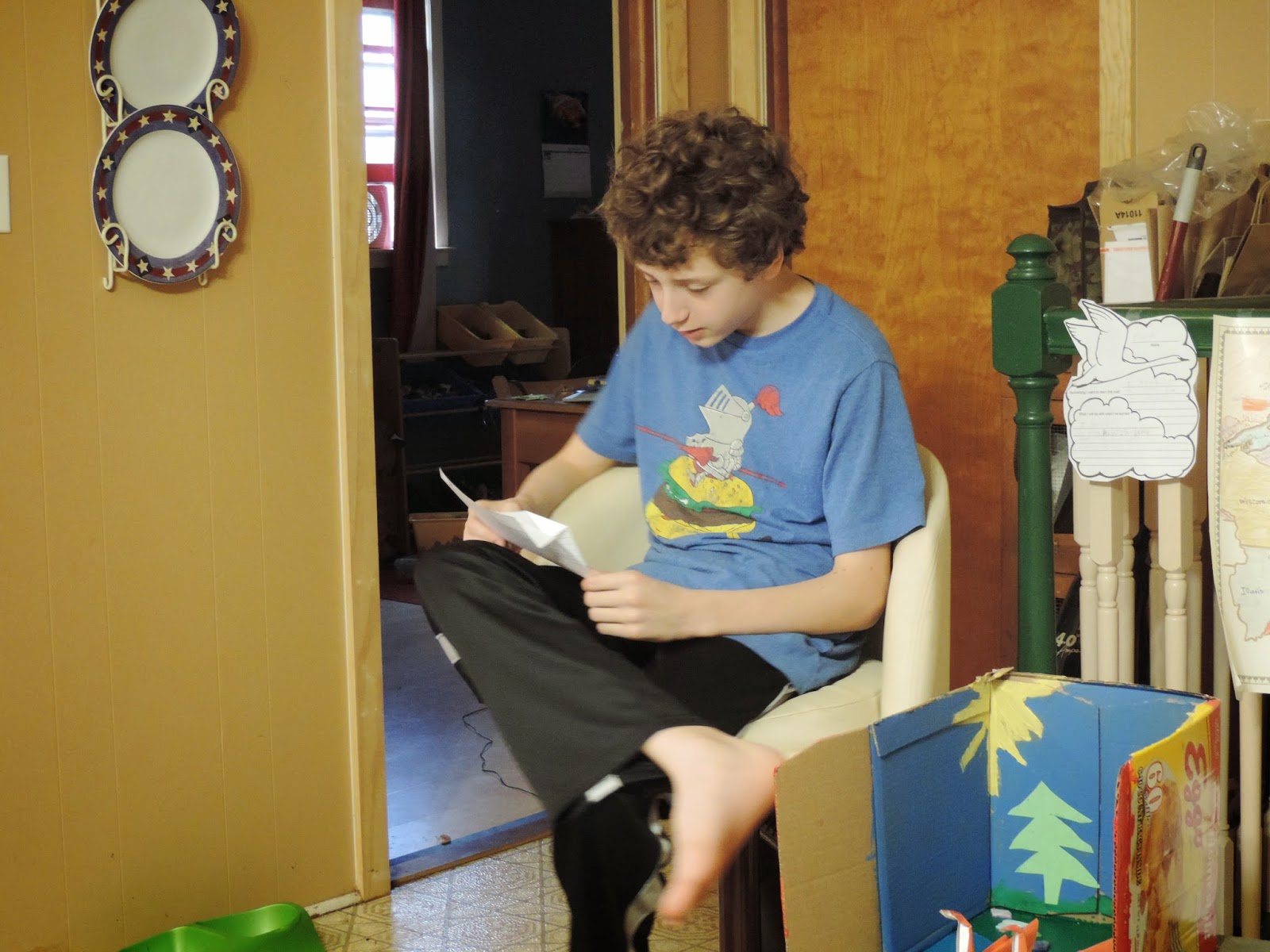 Little Red Riding Hood did her presentation of The Trumpet of the Swan. She narrated the story and showed us the diorama she had made. She went on to read her book report on A Spiderweb for Two. This was her favorite book this unit. She also told all about the therapy dogs that visit the hospital each week. She is on a first name basis with most of them. 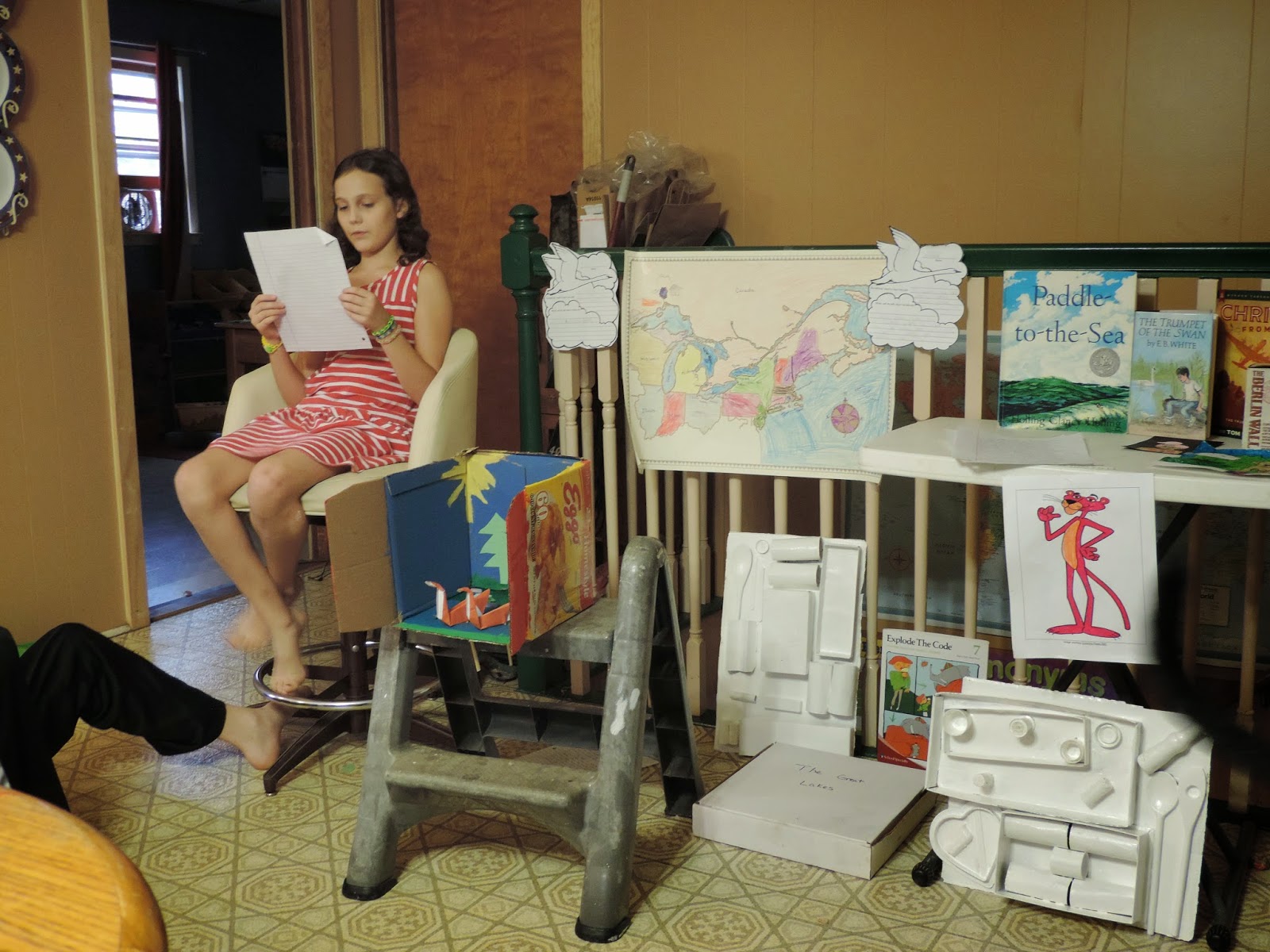 The kids then showed their artwork. They learned about Louise Nevelson with Grandma and made sculptures in her style.

Lastly, the kids told about the Berlin Airlift and the chocolate pilot. They showed our authentic small piece of the Berlin Wall, and Grandma shared about the daring escape of a man she knew who got through the Berlin Wall. Then we moved downstairs to watch Christmas from the Heavens, a DVD about the candy bomber. The DVD is a wonderful performance put on by the Mormon Tabernacle Choir which concludes with the real chocolate pilot, Gail Halvorsen coming on stage. He was delightfully 92 years young. The kids loved seeing him alive and well.

We are really looking forward to our one week break. I really need to do some catch up on phone calls and appointments. Five weeks is just enough time between breaks to keep most of the balls in the air while teaching. However, more and more balls are falling now, and there is a lot of catch up that needs to be done with life. I am hoping to also catch up the blog this coming week. Hopefully, I will put on another update about Goldilocks (lots happening in her world) and our lessons plans for the next five weeks. We shall see how much I get to. Our computer died and I am using the old Samsung notebook that just keeps on going while the more powerful computers die. It is not really able to meet the demands of an active family and one has to wait in line for it or get up really early! It also is slow!

Blessings, Dawn
Posted by Dawn at 5:42 AM