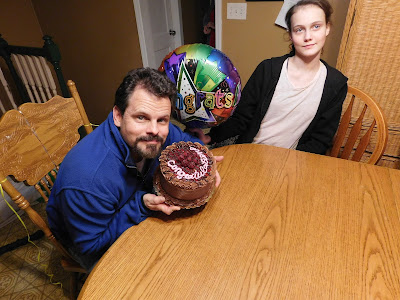 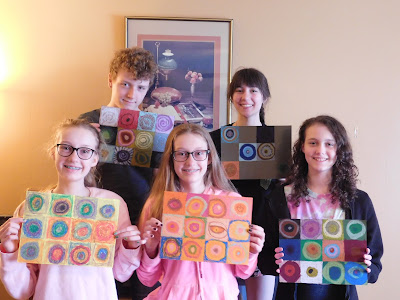 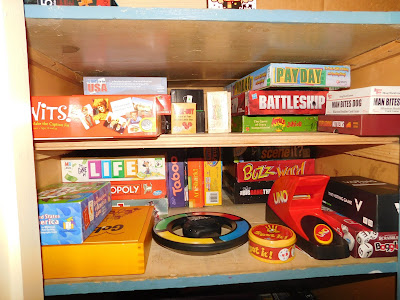 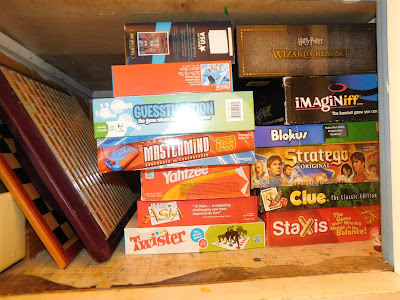 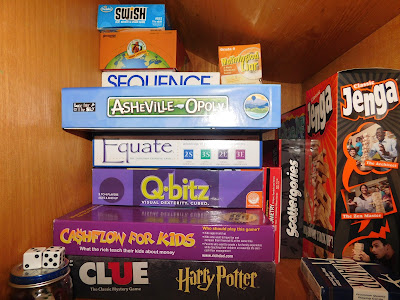 Last weekend was filled to the brim with three wonderful shows. Anne did great! I wish I could show the dance videos here, but they are too long to load. Well, they all did great and Anne had several leaps that were like a gazelle, according to one of the mothers. I can really see the extra Cecchetti ballet classes paying off. 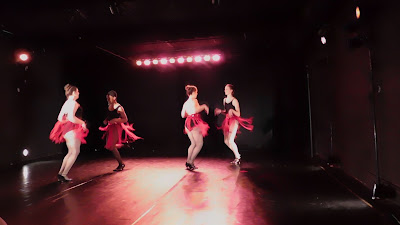 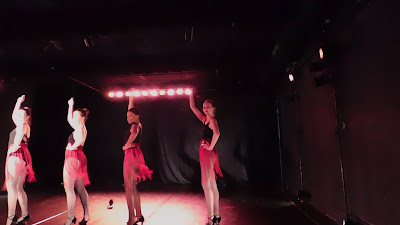 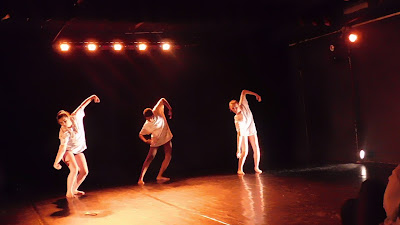 Anne at far right
Between exhaustion, some hard emotions to process and just teen stuff, we had a little bit rougher week than last week. My kids are great, but, oh, those hormones!Anyone that says parenting gets easier when they start growing up is just plain pulling your leg. It changes and usually becomes less physically demanding, but the training goes on and on. This is a hard world to grow up in and there is so much to learn.

Dean's Learning This Week ~ We kept hands-on learning in full swing for Dean. He made a rain cloud while learning about tropical rain forests and how clouds hold and release moisture.
We played many educational board games. He read his book, went to art, played music and attended our family field trip. He also did math, grammar, earth science and history work sheets. In addition, Dean received his first international snack box from Universal Yums. He is sharing it with all of us, but it is his to explain the contents and to share with the rest of us. It comes complete with a booklet with facts about the country, a rating scale for each snack and 7 snacks which he cut up so each of us could get a bite.  You can get larger boxes, but I am not willing to pay more. This month we got to try snacks from Poland. 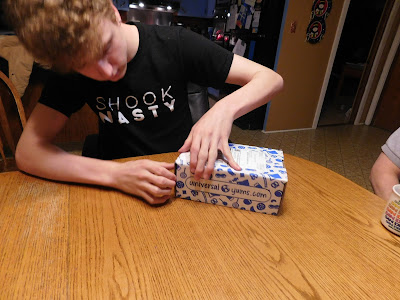 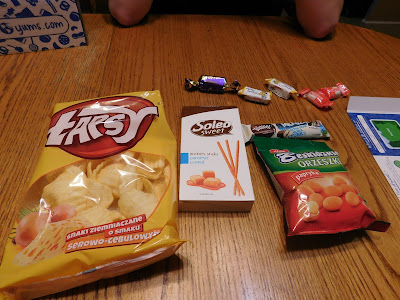 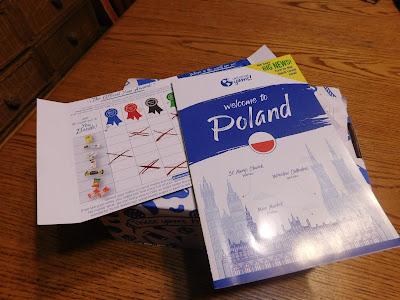 Anne's Learning This Week ~ There is no rest for a dancer. The showcase ended on Saturday, and rehearsals/classes for the spring show of Alice in Wonderland started on Monday. Anne is officially going to Cecchetti lessons every Monday and Wednesday morning now in one dance studio, so that she can be in additional rehearsals every Saturday at another dance studio for the spring show. I will have to be the gate keeper for the rest of the year to make sure she doesn't end up with too much on her plate so she will get enough rest. Besides dance, dance, dance, she read her book, did three math lessons, attended the family field trip, did several language arts lessons, completed lots of science and did a bit of history. She killed another pair of pointe shoes, got new ones and sewed them in under an hour. She was very busy in home economics this week. She learned how to stretch a five pound bag of potatoes by making Crock Pot potato soup, bacon cream cheese mashed potatoes and oven fries for our family of five. She also learned ways to use up plain yogurt when you are tired of smoothies. She made yogurt coffee cake and spinach veggie dip. 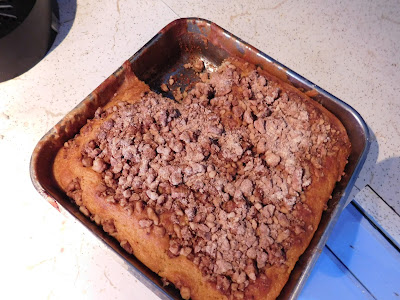 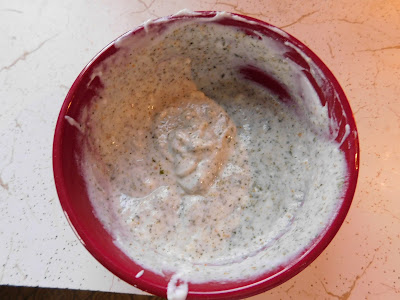 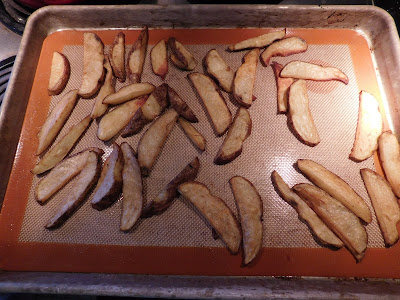 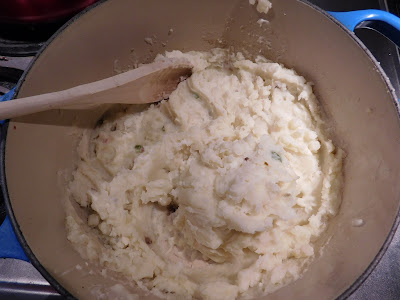 The Biltmore Titanic Costume Exhibit ~ I took four teens to the Titanic Exhibit at the Biltmore this week. The costumes from the movie were on display all around the house. We enjoyed seeing them and talking about how history may have been different for Asheville if the Vanderbilt family (who built Biltmore and a lot of this town) had kept their tickets and sailed on the Titanic. They cancelled their trip on the Titanic just a week before setting sail. 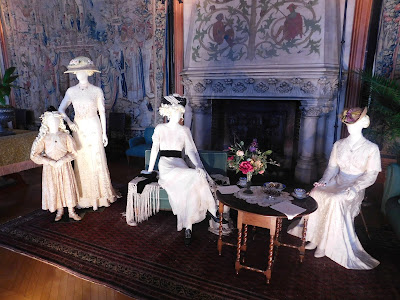 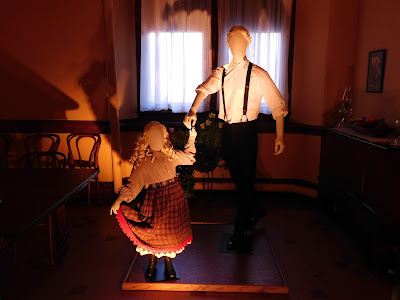 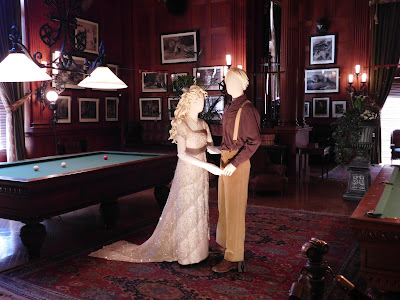 We wrapped up our field trip with a tour of the walled garden and green houses. We loved seeing bananas growing in the green house. 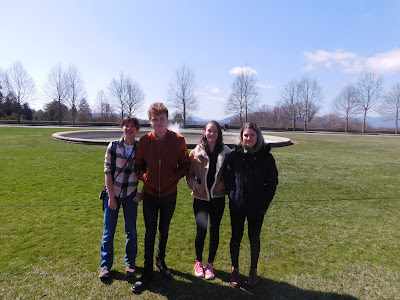 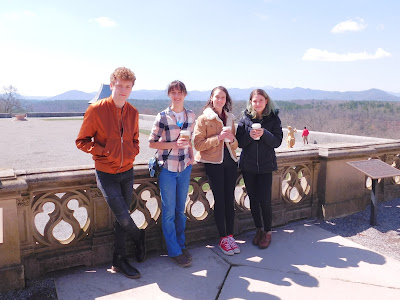 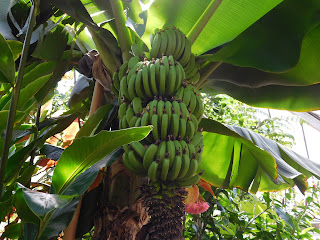 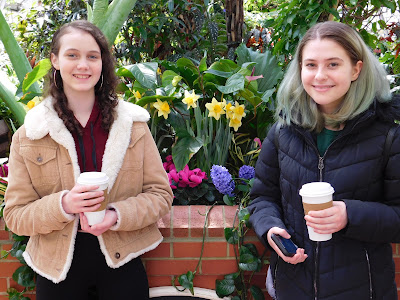 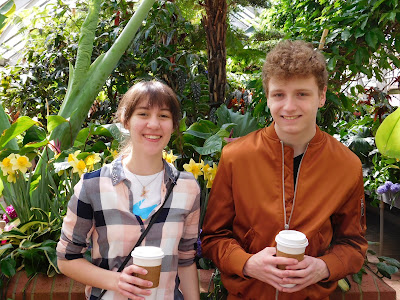 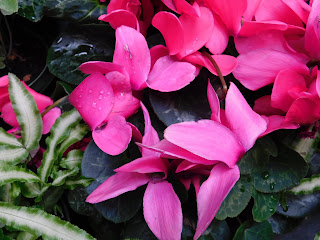 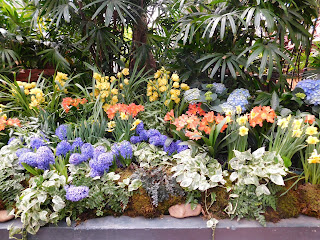