December has been a light learning month for us. Between The Nutcracker and Christmas, Anne started her new job. We just needed a slower pace so we could embrace the season. Pretty much the entire month found us only studying two or three subjects a day. Since the teens are doing high school credits now, they are able to work more at their own pace and complete their work based on credits instead of days or weeks. That is a liberating feeling when you want to do some school, but at a slower pace.

Dean ~ Dean spent most of the month concentrating on world geography. His focus was oe concentrated on India, Tibet and Nepal. He read books, played many rounds of 10 Days in Asia, watched documentaries, did lots of map work and sketched tigers, elephants, Mount Everest and the Taj Mahal. We wrapped up his study with a family lunch at the Kathmandu restaurant (depicted in photos below, which specializes in food from Nepal and India (depicted in photos below). This is just how I want world geography to be for him. The whole experience was excellent. 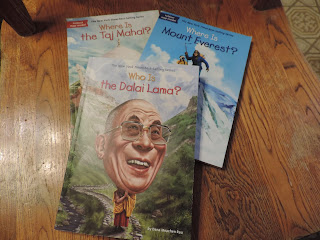 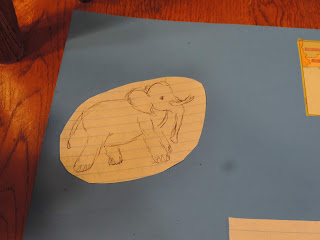 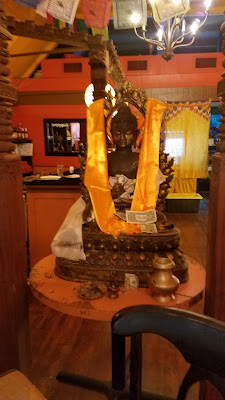 He also did consumer math lessons every day in his Survival Math workbook. Lastly, field trips, physical education, health and language arts were spread throughout the month. Dean also worked 23 hours backstage during The Nutcracker.

Anne ~ Anne had a productive month. In addition to performing in The Nutcracker, she started a new job working in a children's consignment shop. She loves her 8 hour job a week and spends her time there tagging clothing and toys, putting clothing out on the floor, pulling things that haven't sold and are ready for donation, and generally helping out where she is needed. It has been a lovely experience so far. She also has had to open a checking account and will receive a student debit card soon (which was a huge learning experience). She should be making enough money to take over paying for her dance classes every other month which will be extremely helpful to our family.

She also completed two credits this month. She completed Math I, which was mostly Algebra, and World History I, which was basically a review with more in-depth study of a few areas of history through World War I.

I hope you all have a lovely Christmas and holiday season.

Blessings, Dawn
Posted by Dawn at 6:51 AM