We are having a lovely summer so far. Dean has been busy being a camp counselor for the past two weeks. He has one more week to go at his current camp. He is doing well but is so exhausted each night that he can barely do anything but his pet care chore. He did not participate in all of our field trips, because he was at camp or was too tired to go along at night. We also had Grandma Sue in town for the week, so we did lots of sightseeing kinds of things.

A Puzzle Walk ~ We discovered a website that had puzzle walks for our city. It is kind of like a scavenger hunt. We purchased and downloaded the link. The link would last on my phone for three days and led us on a walk around the downtown of our city. There were three walks to pick from and we picked the ghost walk. At each stop we had to solve a puzzle before getting directions to the next location. We were also told a bit of history at each stop. I really thought I knew tons about our downtown, especially about ghost stories, since that is a common interest in our family. But I learned more ghost stories and more details about the ones I already knew. We even learned a bit of Latin while interpreting our city's motto. It was definitely a fun evening, and we will do another one if I can get another discount code. It was a bit pricey for our family at full price. 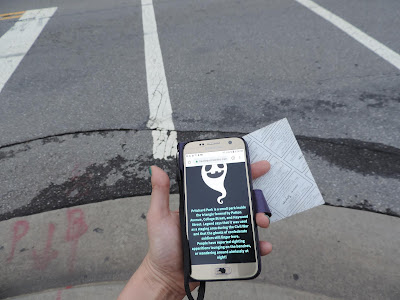 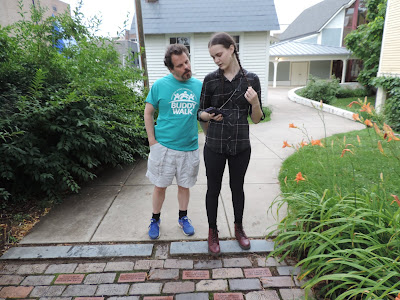 Greenville Zoo ~ We also had a lovely few hours at the zoo in a nearby city. The zoo was small but had giraffes, so it was absolutely delightful to me. I love giraffes. There were tons of storms racing through the area so the zoo was almost empty. It didn't rain while we were there, and we were blessed with the place almost to ourselves. Dean did get to go along on this trip, because it was on the weekend. 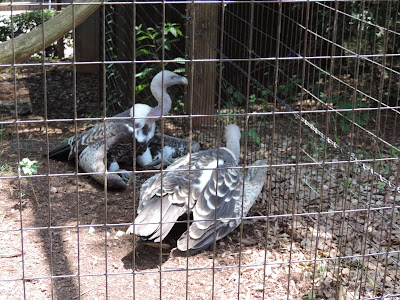 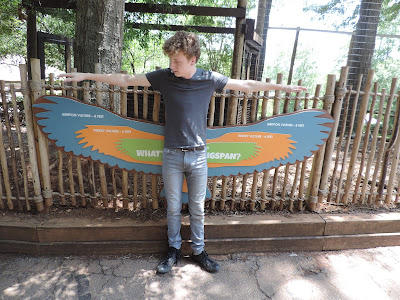 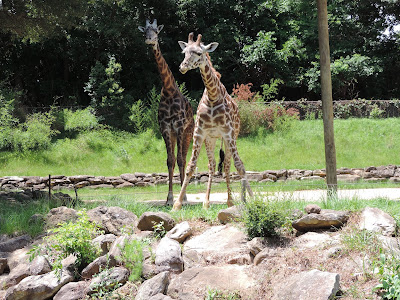 A Salt Cave ~ We visited the man-made salt cave in our city this week, while my stepmother was getting a massage. There were no pictures allowed, but I got a stock photo off the web. We were led into the salt cave where there was soft music playing and comfortable chairs and blankets. We went to a public session and almost every seat was filled, but everyone there was calm and whispering.  Anne and I fell asleep during our 45 minute session. It was that relaxing. The salt is supposed to help with allergies and increase general health. In 45 minutes you are supposed to get the benefits of breathing four days of sea air at the ocean. I don't know how beneficial it truly was for us since neither of us were suffering, but it sure was a nice nap and a new experience.
Father's Day ~ My dear husband was sick on Father's Day and spent most of the day in bed.  We got him all kinds of barbecuing stuff which he has been delightedly using this week. We decided to climb a mountain while he rested and lay part of my Father's ashes to rest. He loved the mountains so much that my stepmother wanted a portion of his ashes left here. We picked the Rattlesnake Lodge trail because it sounded adventurous, had lots of history and was picture perfect. My father loved history and was very adventurous. He was also a professional photographer so picture perfect was a dream come true for him. The trail proved to be much more strenuous than we thought it would be and my stepmother and I needed some encouragement from my mountain goat children to keep climbing to the ruins. We made it and it was worth the sweaty, stumbling hike.


With my stepmother being in town, we ate out a few times, played miniature golf and wandered through several thrift stores. It was a super fun staycation week. Now I need a rest!

Blessings, Dawn
Posted by Dawn at 6:23 AM