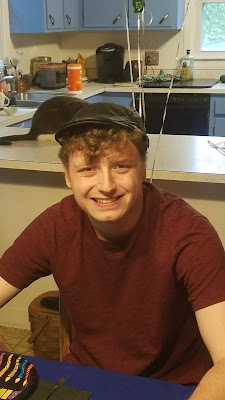 April flew by quickly. We celebrated three birthdays here. Elijah turned 20 this past week. He is doing really well. We are so pleased with what a nice young man he has become. He is popular at work and everyone always has nice things to say about him. He finds his job in fulfillment at Target challenging, interesting and a bit stressful right now because of the major renovation Target is going through. He is still working part time, but enough hours that he has a benefit package now.
He also has a nice friend group which he plays with online and a group of teens and young adults that he does Belegarth Medieval Sports with each weekend. His savings is growing and he is learning more and more about managing his money. Now, if I could just convince him to learn to drive. That is a major goal this summer. 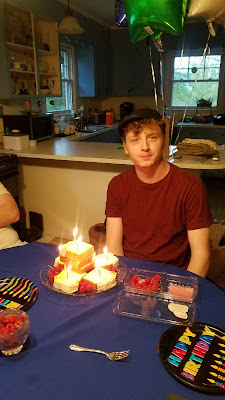 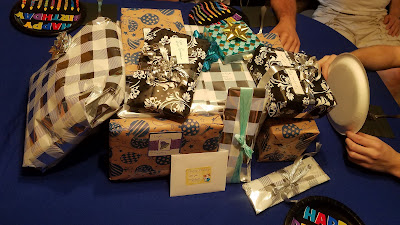 My husband celebrated 15 years at the local Veterans Hospital on the same day as Elijah's birthday. He is a supervisor now of just over a dozen people. He finds the job a bit more stressful than he thought it would be and sometimes works six days a week right now to try and offset the major understaffed issues that his hospital has dealt with for years. The higher you go up the ladder just means the more jobs you seem to do. He still spends hours every day in addition to his new job duties doing his old job duties, because they are so understaffed. He is a very busy man. 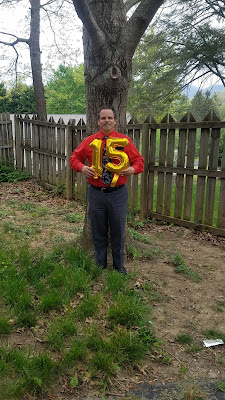 My mother also celebrated her birthday. She had her traditional Angel Food cake and we served her homemade Chicken and Dumplings. Then we played scrabble and Rebekah creamed us all. 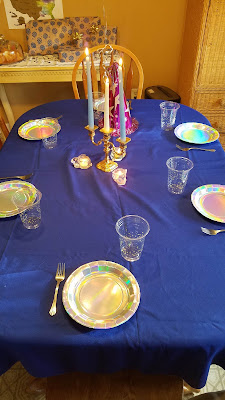 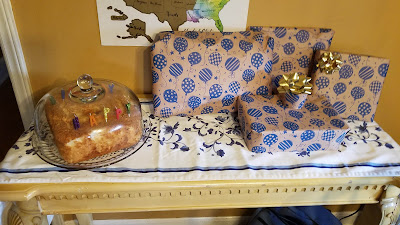 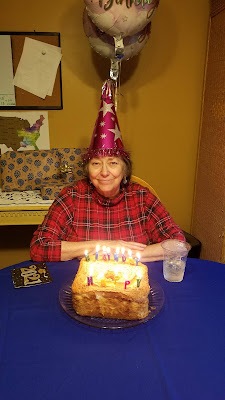 We started the month off with Tim's birthday, which I already wrote about in an earlier post. 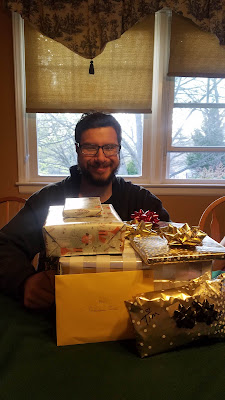 It was a very busy month between all of these lovely birthdays and celebrations and our family vacation. Now, if the pollen would just settle down so I could breathe and stop itching...LOL. There is much to do in May to prepare for summer. Rebekah will be away from home most of the summer. It is going to be a new experience for all of us. More on that later.
Blessings, Dawn
Posted by Dawn at 5:02 AM