In My Life ~ We finally got some snow to go with the freezing wind that has been around for weeks.  The storm came in several hours early and made a mess for the schools and people trying to get home from work. We missed dance classes twice this week and a host of other appointments were canceled. The kids loved the snow. I enjoyed it, too, but could have gone without the minus 7 windchill while sledding and also getting more frozen pipes. This time they thawed without breaking! That is a blessing. I learned how to shoot pictures with the continuous button this week. I got some great shots of the kids sledding.

Dance ~ Little Red Riding Hood is preparing for the Tween Company Showcase. They are performing Stop in the Name of Love by The Supremes. It's going to be a cute dance. As soon as their little show is over, it will be time to start getting ready in earnest for Alice and Wonderland. Tom Sawyer and Little Red Riding Hood are so excited about this upcoming show. 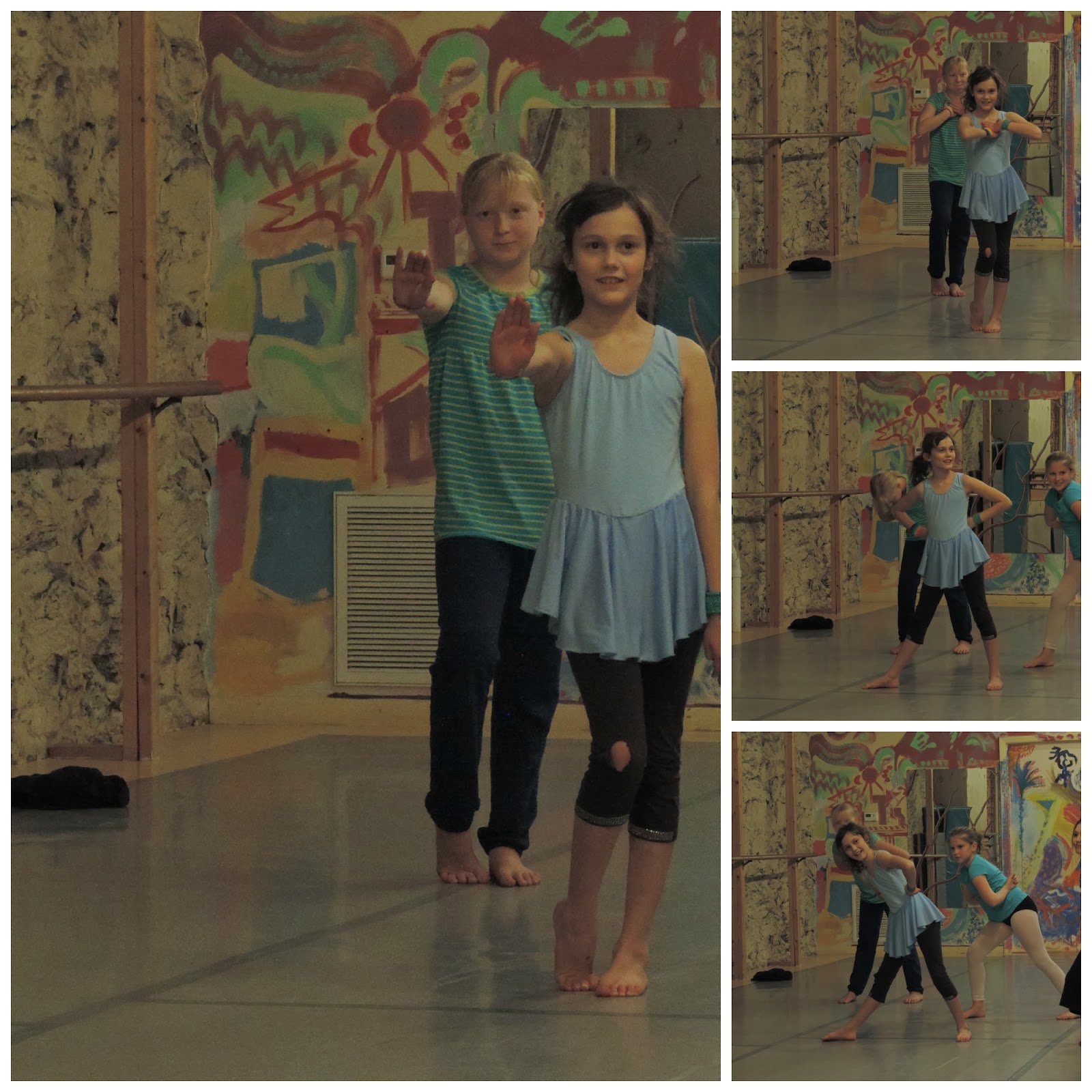 Astronomy ~ We made star jars in astronomy this week. We also read all about our sun. The kids loved making the jars.

Ingredients:
First, we added the water and corn syrup to the jar. Then we added the matter. We then added helium and hydrogen to the jar. We shook the jar to create "nuclear fusion" and added our gold buttons. A star is born! We then added lots more red glitter to make our star become a red sun. Lastly, we watched the star start to separate as it began to die. We learned that this is called a planetary nebula. Finally, the star turns into a white dwarf at the end of its life.

Art Studies with Grandma ~ We managed two art studies in the last week. First, we learned about the painting, American Gothic, by Grant Wood. We did a picture study of this painting and then learned about parodies. We then looked at the many parodies (Google Image) created for the American Gothic painting. The kids loved them and were quickly brimming with ideas. Grandma gave each of them a printed copy of a photo of the actual American Gothic house and they then created their own parody.

Little Red Riding Hood made a pig and teddy bear standing in front of the house.

Goldilocks made Larry and Bob from Veggie Tales.

Tom Sawyer made two characters from Minecraft.
We also studied Salvador Dali this week. We read two children picture books and looked at several pieces of his artwork. We did a picture study of The Persistence of Memory. We learned about surrealism and then tried making our own surrealism artwork. We took pictures out of magazines and then added our own drawings.

Tom Sawyer ~ Past and Future (didn't use magazine cutouts)

Not Buying It Challenge ~ We entered the challenge to not buy in the month of January, because we had some emergencies which sucked up all of our extra money at the beginning of the month. I knew we already lived a frugal life and didn't have many of the extras that are a given in American society, so I wasn't sure we could make that big of an impact on our budget. However, we actually did make an impact between going without and selling on Amazon. I am glad to say we made it all the way through the month without borrowing any money from savings or putting anything on a credit card! We even managed to pay off one medical bill completely!! The downfall to this is that we have a long list of needs and wants now. Our cupboards are bare. We haven't had sugar, salt or coffee in 3 to 5 days, and Goldilocks' sneakers split in half a few days ago! Thank goodness it has been plenty cold enough for her to wear boots this week. (There is always a silver lining.) Our printer has been without ink the entire month and our typewriter ran out of ink two days ago. Lastly, for the last 2 weeks, the girls have done a wonderful job taping back together their broken rubber band bracelet loom without complaint. This craft project has been all the rage with my girls this month. Little Red Riding Hood has found the rubber bands on sale and the best price in town. She even has a coupon to make it cheaper.
So, we are going to continue being very careful and keep working on getting completely out of debt (less the house). We plan to finish paying off our minivan in the next few months and be free of our credit card in a year. We decided to make a list of the things we want/need and wait a few weeks to buy them. This weekend, we will be buying a pair of sneakers for Goldilocks, food, and laundry detergent and ink for the printer. We are also going to purchase a new loom for the girls. In the future, we will be buying much more on Amazon. Even groceries, such as salt, is cheaper on Amazon.
Wow, that was a long post. Thanks for hanging in there.