Reflections on Our School Year ~ My Perspective

I could have never imagined at the beginning of this school year that there would be such a huge change in our homeschool and family. When Goldilocks ran away from home at the end of March, she changed the course of her life and the life of our family. I began the year homeschooling three children and ended the year with only two. Goldilocks is still with our therapeutic respite care provider. We are currently private paying for where she is and when we run out of money (which will be by mid July) she will have to move if her caregiver's license has not come through or a scholarship hasn't been found to offset the cost. If Goldilocks is able to stay where she is, she will be attending the public school system next year in one of their most intensive programs. There is also concern that she may blowout of her current placement because she is so challenging to care for that it may be too much for one person. If she has to move, she could end up in a PRTF (Psychiatric Residential Treatment Facility) anywhere in the country where she most likely would be educated at the facility. She has already been rejected from most of the PRTFs in our state because she is considered too challenging. There are still many unknowns when it comes to Goldilocks' future.

Goldilocks (13)
As for my reflections on how Goldilocks' year went ~ although this change has been shocking, horrible, distressing, and has filled our lives with worry for her future, it has also been a blessing. Goldilocks was not coping in our home. She just is not able at this time to live in a family setting. Our family was hanging on by our fingernails and the daily stress was taking a huge toll on all of us. So it is good that she is getting help elsewhere. It is just hard giving up control and releasing her to the unknown. What did she learn this year before running away the end of March? She learned to love audio books, tolerate a math tutor, speak to a multitude of professionals about her feelings, be responsible for library books with limited prompts, and write decent, third grade level paragraphs. Her end of year testing is not back yet, but I expect the results to be very poor. She took the test two grades behind and her caregiver said that most of the problems that she spot checked were wrong. I pray that next year will help us find the key to helping Goldilocks thrive!

Tom Sawyer (12)
Tom Sawyer did very well this year. His ability to focus on his school work and get it done improved a great deal. He also complained much less about writing and language arts. He still has lots of room for improvement in writing and that will be a major focus in his education next year. Using workbooks at the beginning of the day and then moving on to our projects was a good fit for Tom Sawyer. He really likes routine and did well knowing what would come next. I think it was also helpful to him to see the workbooks filling up and knowing that he was making progress towards completion of a goal. I think one of the most important things we did this year was 20 minutes of uninterrupted writing several times a week. I would like to see this happen daily next year. At the beginning of the year, I stated that I wasn't sure which grade Tom Sawyer was in (5th or 6th), but by mid-year I had decided that he fit better into 5th grade. Tom Sawyer performed beautifully through three trials this year. He lost a sister (at least for now), started the process of having braces and received a Herbst Appliance (which is a huge sensory trial for him), and has been very brave through his knee injury. I am so pleased with how much maturity he has shown through these challenges. He is working hard in physical therapy and will continue doing it two times a week through the summer and perhaps beyond. He rocked his end of year testing with CAT! He received well above average in almost all categories with one even higher.

Little Red Riding Hood (10)
This year I watched Little Red Riding Hood come into her own. She now enjoys reading, which is a huge accomplishment. In the past few weeks she has read a whole chapter book almost every day. They are a little bit below her reading level, but she is devouring them. The importance of being able to read and enjoy reading is paramount. I am so relieved that this goal is happening for my girl. I am also very impressed with her research skills and her ability to follow the tutorials on YouTube to make her rubberband creations. She is always hard at work creating something new. She also enjoyed doing workbooks first in the morning. I have never been a huge fan of workbooks, but they seem to work very well for my kids. I also saw an improvement in dealing with mistakes. This girl is a perfectionist and often can crumble into tears if she thinks she has the wrong answer. She is coping much better with errors and going on with her studies. "We learn from our mistakes" is a statement heard frequently around here. Little Red Riding Hood did an excellent job in Tween Company at our dance studio this year. She dealt well with the increased pressure and thrived under her teachers's tutelage. One teacher told me that she had all of the components to have a long dancing/dance teacher career, if she wishes. That has been Little Red Riding Hood's dream since she was a preschooler. I don't know if she will choose a career in dance, but I imagine dance will play a role in her life for a long time to come. Little Red Riding Hood did a marvelous job on her end of year testing, too. She got well above average or even higher in all of the categories. 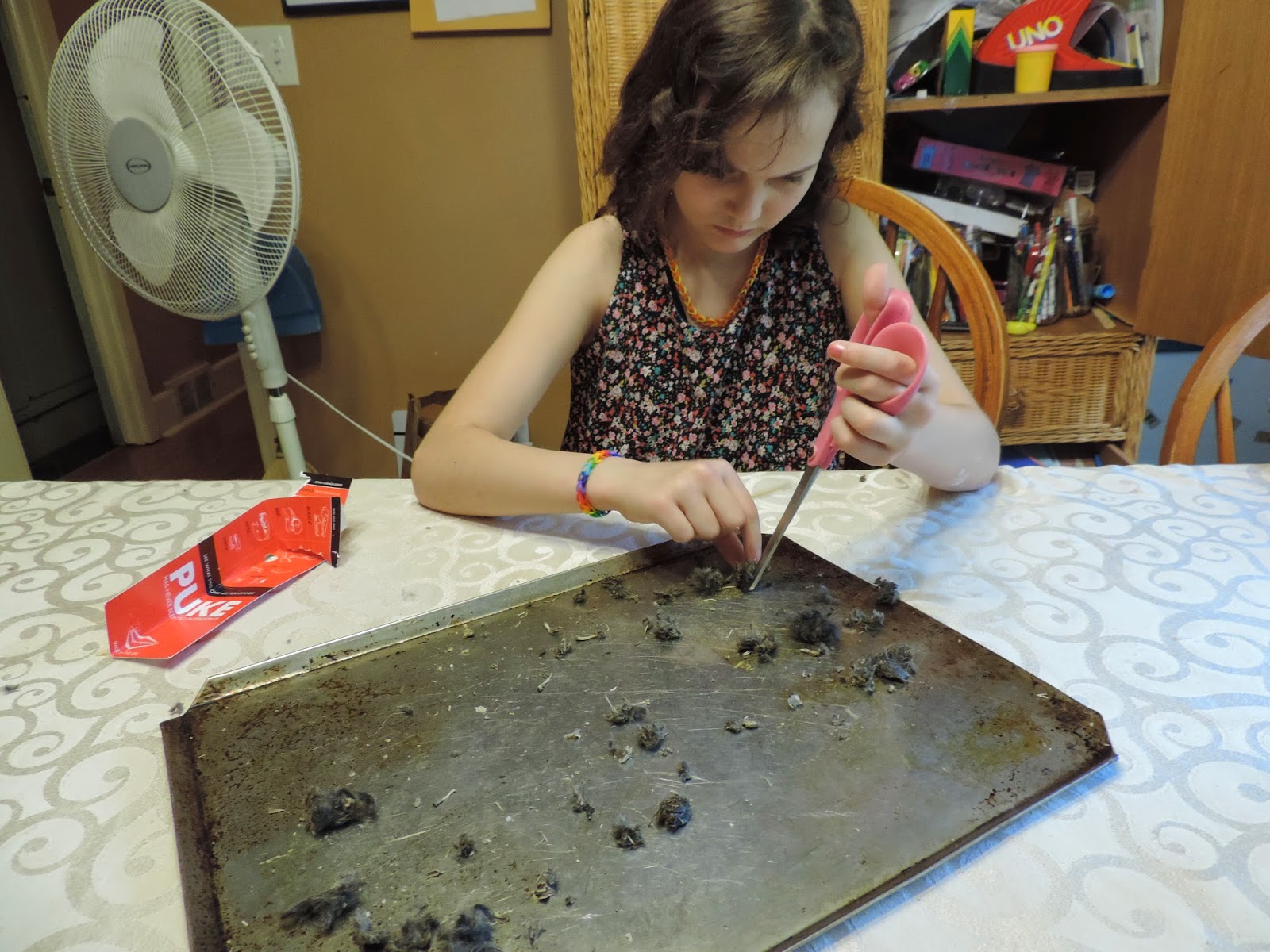 Overall I plan on conducting our homeschool in the same way next year. We will be changing our schedule to five weeks on with one week off. This seems to work better for all of our doctor appointments and keeping the house afloat. I will be posting very soon our plans for next year. I was able to find most of our curriculum right on my book shelves!