Friday Wrap-Up ~ What We Did in Philadelphia

We just returned from a week vacation that included stops in Virginia and Pennsylvania. Today, I am going to tell you about our adventures in Philadelphia, PA. We spent the better part of three days and two nights in Philadelphia. My Dad and Stepmother joined us on this adventure.

Sunday ~ The first day was really an afternoon and early evening. We arrived in the early afternoon at the visitors center and talked to the rangers. We decided to do a self-guided walking tour and see the free attractions first.

We visited the Liberty Bell. The line moved fairly quickly and we were allowed to stand in front of the bell for pictures and to get a good look at it.

We then walked over to the Quaker Meeting House. There was a history interpreter inside who told us about how the Quakers handled the Revolutionary War in Philadelphia (Quakers are typically pacifists). He also gave a wonderful explanation of the difference between Shakers and Quakers, which was the most articulate explanation I had ever heard (by the way, I knew the difference because I was raised a Quaker). Lastly, he let us sniff many of the medications, such as landum, used in the early 1800's. The smelling salts were overpowering.


We continued our walking tour and viewed Benjamin Franklin's grave, Betsy Ross' grave and courtyard at her home, Independence Hall and Elfreth's Alley (the oldest residential neighborhood in America, built 1720 - 1830).
We finished the day off with a Philly Cheese Steak. It was very good and fun to get something unique to Philadelphia. 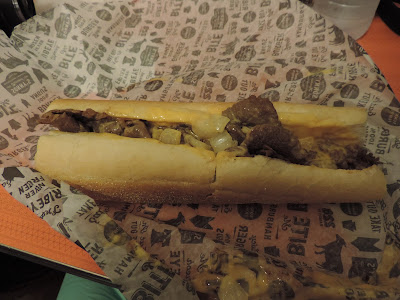 We returned to our hotel room at about 7:00 for the evening. We decided to stay in a hotel 12 miles outside of the city to control costs and increase the quality of the accommodations. This worked out really well.

Monday ~ We decided to buy the city pass which gets you into five attractions for a reduced rate. It was a good buy, even though there was one attraction we didn't get to see. We started our adventure at the U.S. Mint. Little Red Riding Hood loves coins so this adventure was for her. We enjoyed learning how coins were made and then bought a few national park quarters that we didn't have in our collection. We then rode on the Big Bus Tour, which gave a great overview of the city attractions. Our bus tour ended at the Philadelphia Zoo. We all enjoyed the zoo. It is a very nicely laid out zoo with lots of shade. We bought a fan that sprayed water which helped immensely to combat the heat (did I mention that the temperature was in the 90s?). Everyone especially loved watching the lions walk on the overhead catwalk. 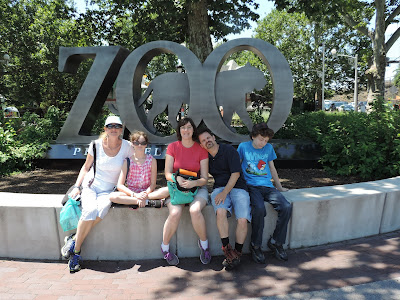 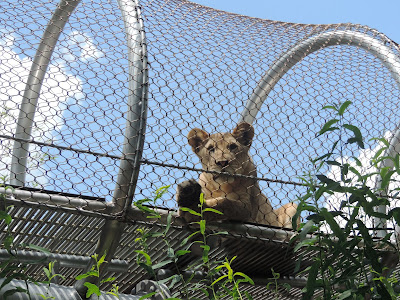 We all craved quiet and air conditioning after such a busy day and settled into a calm Italian
restaurant for dinner. On our way back to the car we stumbled upon Benjamin Franklin's house (outline of his home). We explored the "house" and grounds. 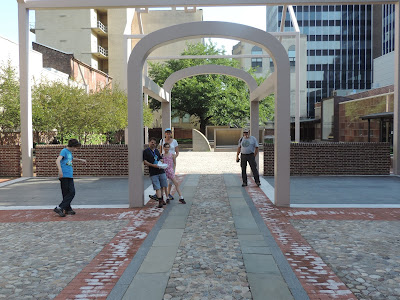 Tuesday ~ On our last day we did two more attractions. The first was the Eastern State Penitentiary.This was a self-paced audio tour. I expected that my Dad and my husband (whose bachelor's degree is in sociology with a major in criminology) would enjoy this museum. However, I was pleasantly surprised to find out that we all really liked it. The kids said it was one of their favorite things. Note to self ~ The audio tour taught the kids so much. I really should pay for audio tours in the future when possible. 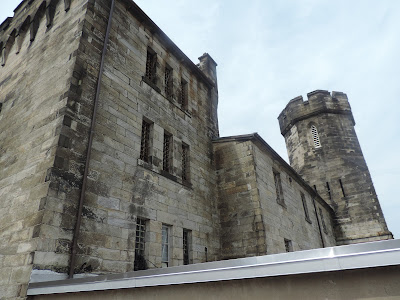 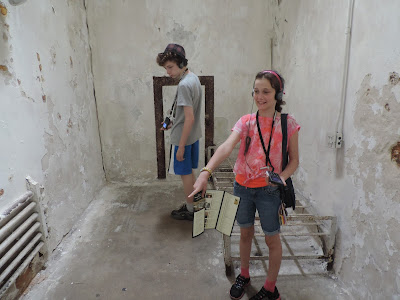 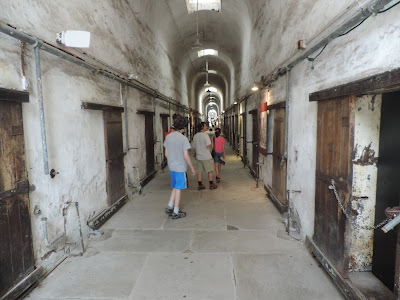 We finished our wonderful time in Philadelphia with an afternoon at the Franklin Institute (science museum). We only did about half of the museum. I did not want to rush them and they were enjoying every minute of it. The museum was wonderful and my science nuts were really in their element. Most of us braved the Skybike two stories above the ground. I thought it was fun.


We had a blast in Philadelphia and could have stayed for several more days. Maybe we will make it back there in a few years.