This was a quick week. Sometimes the time just flies by so fast! This homeschool week was filled with lots of hands-on learning, but we did get the basics in as well.

Zoology ~ We started our study of zoology this week. We will be working our way through the book, Zoology for Kids: Understanding and Working with Animals, With 21 Activities for the next few weeks. Of course, we started our study at the zoo. Our state zoo is a three hour drive each way. It was a big trek to go round trip in addition to spending more than four hours at the zoo and all in one day. It was well worth the effort. We went on Labor Day since my husband had the day off. We also took Grandma along. The NC Zoo is huge, and if I go again, I want to remember to enter from the Africa side. We entered from the North American side and we were pretty worn out by the time we got to the animals we think of as "zoo animals".  We also paid for the fun pack which ended up costing us just as much as it would have cost to pay for the special exhibits as we came to them, since we ran out of time to do it all.


This week we read the first 13 pages of our zoology book and did the first project. We made an edible animal cell model.
Changing Our Foreign Language ~ Anne started the year off with French. She wanted to learn it more than any other language. However, she began to struggle almost immediately. She has a terrible time with spelling and has dyslexia. We decided to research what language was best for a dyslexic child and discovered that French was one of the most difficult to learn.  We found that most experts recommend sign language, Latin or Spanish. However, researchers say all languages will be very hard to learn for those with dyslexia. Our homeschool co-op just happens to have a class in American Sign Language this year, so I immediately signed Anne up. I struggled horribly with languages in school and was only truly successful with sign language, so I hope this will be a good fit for her as well. She was less than thrilled with the first class. She is by far the youngest student (the rest are high school kids) and she started the class two weeks late, so she feels very behind. However, after the very first class, she was showing me more than 20 signs she had learned. That is a vast improvement over the five or six French words she has picked up in the last six weeks.

Pointe Shoes and Dance Classes ~ The kids started dance classes this week. Anne is so happy to be back and loved all of her classes. She sewed her first pair of pointe shoes and is looking forward to actually putting them on in class next week. Dean was not very happy about the first week of classes. He feels like he isn't moving forward in his skills fast enough and is frustrated with having cerebral palsy. We are going to try him in an extra class next week to see if being with other young men in a hip hop class will make him feel a bit more comfortable. He also wants to remain in the Tween Company classes he is currently taking as well. I think we will get it all worked out. Adjustments and changes are always hard on Dean. 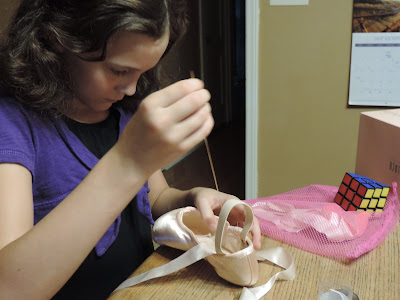 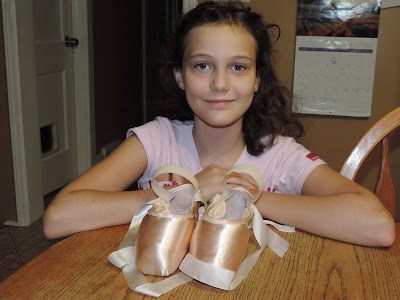 State Fair ~ We had a wonderful time at the state fair on education day. The kids loved the Mixer ride. Anne and Dean worked on the lathe with professional wood turners. Anne made a wine stopper and Dean made a honey dipper stick. They each went on three rides and had a caramel or candy apple. Lastly, we attended two shows. The pig races were fun as always, and the Kenyan acrobats were very impressive. 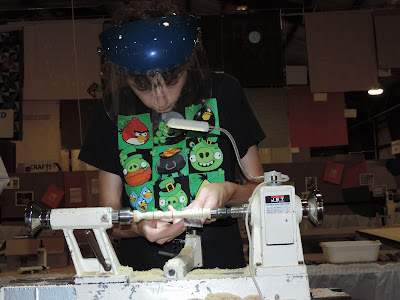 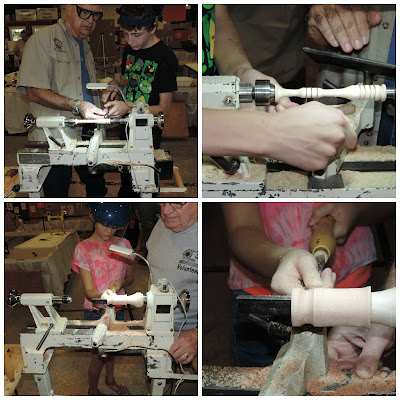 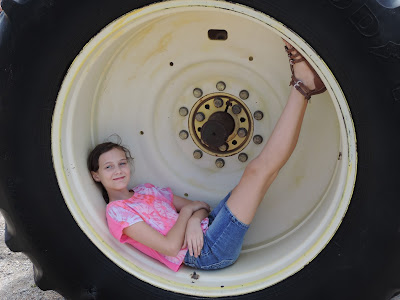 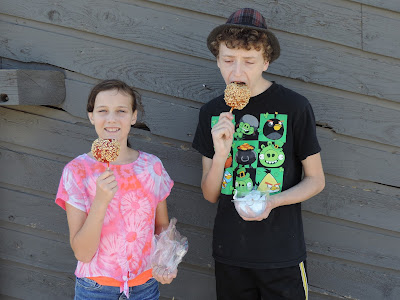 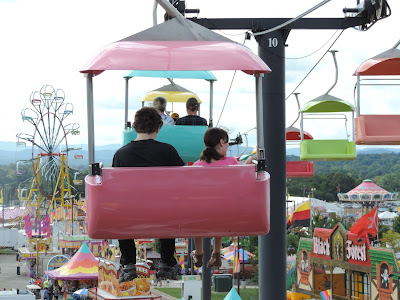 It is good to homeschool!