We decided to do a one foot square nature study in our urban environment. We went to our usual park and picked a leaf covered area close to the river. We figured we might find a few bugs since the temperature was in the 60's. However, we only found an earthworm. We scraped away the leaves and then looked at the moss under the leaves. We picked up some of the moss and observed the tiny roots underneath. We also collected several acorn tops that were in our one foot space. The kids then began digging into the soil. They found it filled with small rocks. They found an earthworm that was about three inches long. It was not interested in laying on our ruler to be measured and quickly slithered into some dead leaves. We also found a weed with long roots to compare to our moss with very short roots. 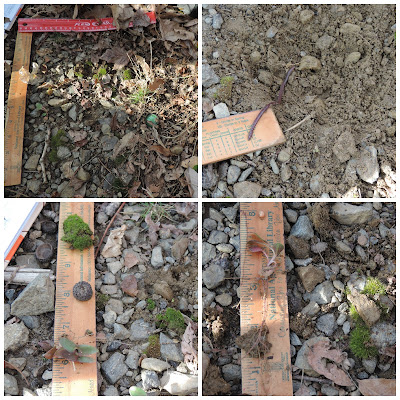 We walked over to the location where the river goes under a bridge to see where the water line was now that the river had returned to its banks and was at normal levels again. Last week the river was almost touching the underside of the bridge. This week the water was much lower and the homeless were once again sitting under the bridge when we peeked under. 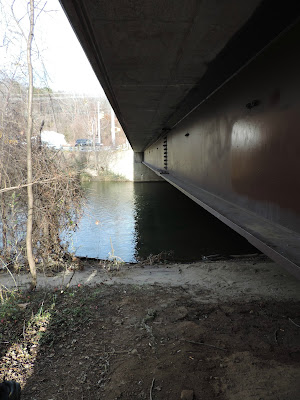 Lastly, we observed how the small brush and banks were affected by the flood. The light colored sand was thrown halfway up the bank by the raging flood last week. 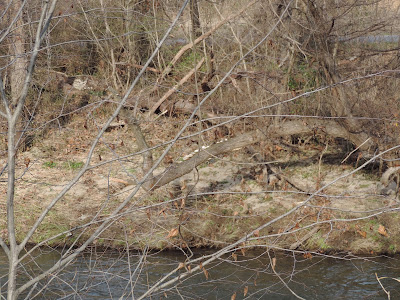 That was it for us this week.

Blessings, Dawn
Posted by Dawn at 5:21 AM