Dean is in a two week day camp that started this week. He is gone from 9 to 3. Anne and I have been keeping busy eating naughty food that Dean isn't allowed to eat because of his allergies -- at least that is what it appears we did when I look at my phone pictures. I save up coupons for months to use during this mother/daughter time. Here is what we did:

Monday ~ We went out for breakfast with our buy one get one free waffle coupon. We then went on to the mall and used our JC Penney coupons on some more shorts for Anne. While there, we power walked the mall and wandered around taking selfies. When I looked at the time, we somehow had managed to spend three hours in the mall! 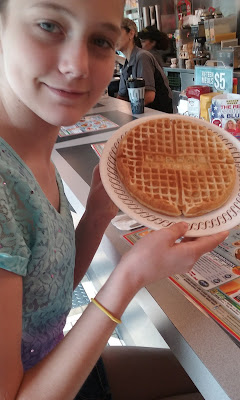 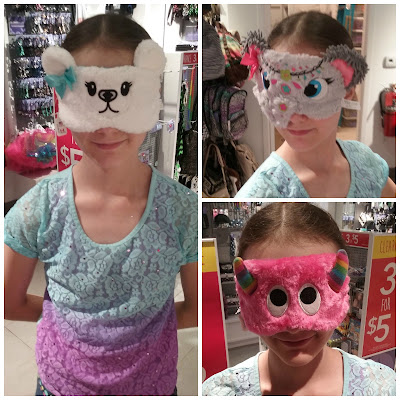 Tuesday ~ We took Tim to a doctor's appointment and then went out to Rocky's Chicken Shack for lunch. They give a nice discount to teachers on Tuesdays. 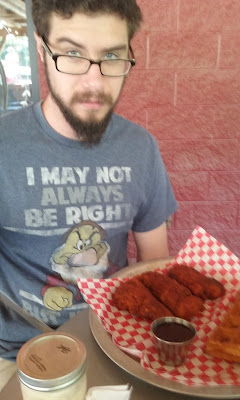 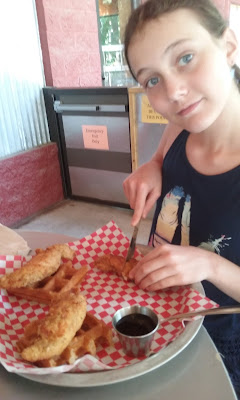 Wednesday ~ We did lots of tie-dying projects. We made socks, shirts, and a leotard. The leotard came out great! 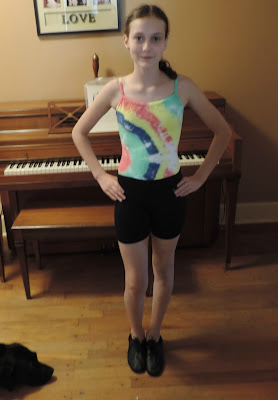 Thursday ~ We dropped off stuff at two different consignment shops, traded books in at the used bookstore and dropped off three bags at Goodwill. We used a coupon to get shakes at Chick-fil-A. The most exciting thing of the day was finding a pair of jazz shoes for Anne at the consignment shop in like new condition at a fraction of the cost! 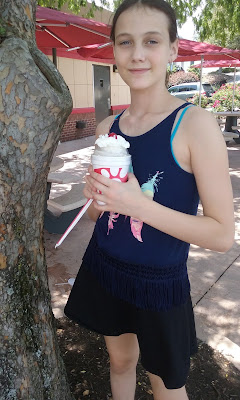 Friday ~ We bought Anne's new pointe shoes. This makes pair number three. She also got a new dance bag, foot undeez and new toe pads. Most of the items were on sale and Anne paid almost half the cost with her earnings from working with kids the last few Friday afternoons. We also got free donuts with another coupon at Krispy Kreme. Lastly, we accomplished most of the grocery shopping for the next week and had some downtime at home. 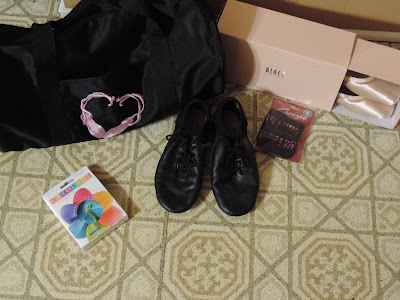 We had a wonderful first week of mom/daughter camp. We have some great plans for next week, too. I hope I get some good pictures of Dean at his camp next week. He is at Greek acting camp. They are learning all about ancient Greece, learning a little bit of the language, making helmets and swords, acting, play fighting and all manner of other fun things. He is having a fantastic time as he does every year. Each year it has a different theme. Last year it was Vikings. I got only a few decent photos of him this week. On the last day the kids go to the camp owners' home to have a party (besides the camp, they also own our beloved dance studio). If the weather is good, they always end the day in the pool. Here are a few pool shots. 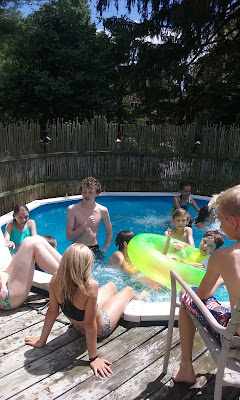 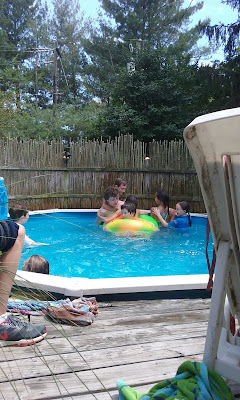 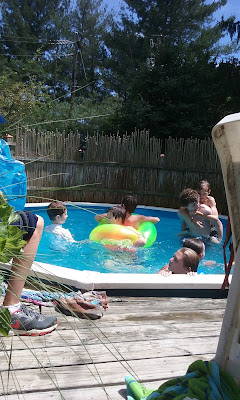 Lastly, I just want to send my prayers to all of those who have been affected by the three tragedies that took place in Orlando this week. The stories out of the nightclub shooting have torn me apart.  It really disgusts me how some "Christians" are spewing hate instead of prayers. Have they forgotten the teachings of Jesus (John 13:34 and Matthew 7-29)?  Since I actually have stood right on the beach where that little boy was killed by the alligator, it seems so real to me. And my daughter really liked the singer, Christina Grimmie. So many senseless acts of violence in one place in one week!