Today I am going to tell about the part of our vacation that revolved around immigration and the tenements of the Lower East Side. Before arriving in New York City (NYC), we had planned on doing Ellis Island, seeing the Statue of Liberty and going on a tour of the Tenement Museum. However, our plans changed slightly once we arrived. The city was more overwhelming for my special needs kids than we had expected so we had to adapt our plan. We decided to take the Staten Island ferry past the Statue of Liberty for some good photos and skip Ellis Island completely. We felt that the kids had learned about Ellis Island since they were small children and had read many books with great illustrations of the place over the years. With our limited time and their special needs, it was the easiest thing to drop.

We set off early in the morning on the subway and arrived in Battery Park (where the Staten Island ferry departs from every 30 minutes all day long). The ferry is free and used mostly by commuters. It goes very close to The Statue of Liberty and Ellis Island. You can also get a good glimpse of Governor's Island. Of course, there are stunning views of the NYC skyline. 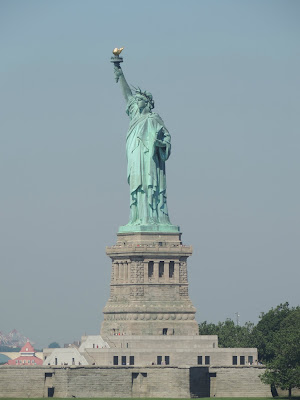 We stood out on the top deck to get the best view. (The ferry is three stories high and has inside and outside seating.) The ferry dropped us off on Staten Island where we could get right back on a different ferry to go back to NYC. 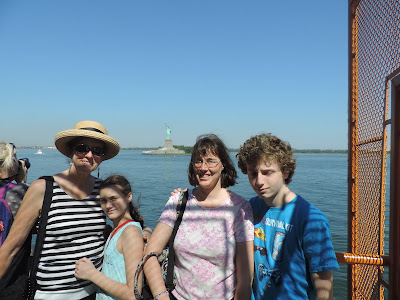 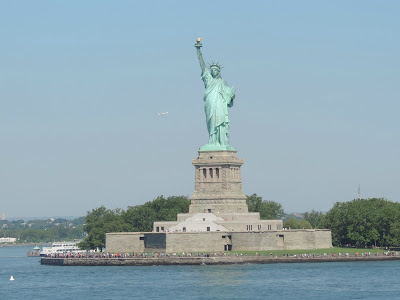 After our ferry ride, we jumped back on the subway and headed for the Lower East Side. This is where many immigrants landed after getting through Ellis Island. The streets of the Lower East Side are much narrower and the buildings are older than most of Manhattan (the burough of NYC that most tourists visit).
We got a bit turned around trying to find our way to the Tenement Museum. Thankfully, all of the New Yorkers we asked for help were very nice and did their best to put us on the right path. We finally saw the Tenement Museum and a place serving pizza by the slice for just 99 cents. The Lower East Side has much cheaper food than most of Manhattan. 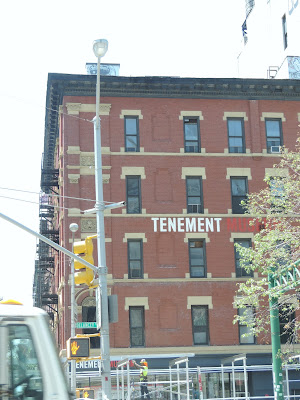 The Tenement Museum was awesome! They offer several tours inside an actual tenement building that housed up to 20 families at a time from the 1850's to 1935. It also housed stores on the ground level from 1850 to the 1980's. There were several tours to choose from, and we decided to do the shop life tour. We had a wonderful 1.5 hour guided tour of the families and stores who had occupied the ground floor of the building for over 100 years. It was a wonderful history lesson. Dean said, "This was really great. That was the best history we learned all year!" I wish we could have taken photos inside and done more of the tours. Hopefully, we will get to go back one day. They also had walking tours around the Lower East Side, which would be interesting in a cooler season.

After the tour, we decided to grab some more cheap pizza and head back to the hotel. The guys were all exhausted. After a short rest, Grandma Sue, Anne and I decided to go the American Girl Doll store and to see a performance of the Rockettes. The guys opted to rest in the hotel and eat in the hotel cafe, swim in the pool and watch cable TV. 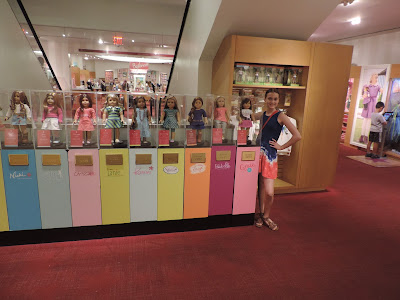 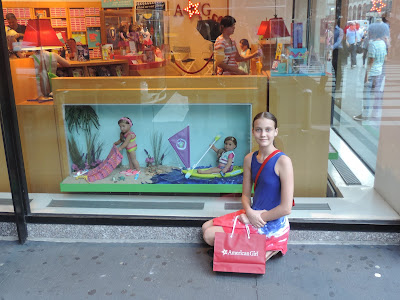 The show was amazing. We loved it. Anne got to meet a real Rockette and talk to her for a few moments about dance. We walked the 15 blocks back to the hotel, enjoying the city night life. It was a fantastic and exhausting day!

I still have two more posts coming in the next few days ~ The Metropolitan Museum of Art and another blog about the things I learned traveling with my special needs family in NYC.

If you missed it ~ New York City Central Park

Blessings, Dawn
Posted by Dawn at 7:45 AM