One of the things I love about homeschooling is the variety to our days. No two days or weeks are alike. We do have certain routines that happen daily and a flow to our weeks that are mostly dictated by dance classes, but we are not locked into a schedule that, over time, becomes drudgery.

Some weeks, we spend a great deal of time on "seat work", other weeks are defined by field trips or a multitude of projects. This week was the latter. We began our week with Robotics Club. This club grew out of a Lego Club that we have belonged to for years. Then our little group of homeschoolers purchased an EV3 to share, so the four teens in our group are using books and videos to learn about it. Each month they alter the EV3 and then program it to do something new. This is a self-taught adventure for them. There is a nice combination of creativity and tech savvy between the teens and they keep coming up with new creations. Anne continues to enjoy Lego Club with the younger kids, because she isn't interested in the more intense learning environment of the Robotics Club.

We also had an especially exciting time with our science this week. We had our friend S over again, and we built model volcanoes. The kids said it was just as much art as science this week. It took them a good 2.5 hours to build and paint their volcanoes. Next week, we will be doing seven to eight different kinds of eruptions. It is going to be exciting! We have decided to stick with our original plan of making this year's science course be a physical science course, so we will be transitioning from chemistry to geology around Christmas. 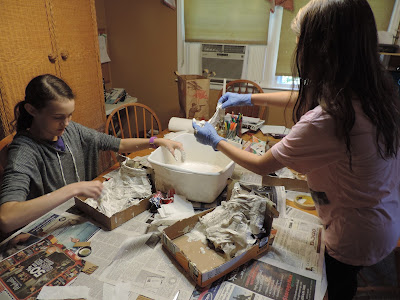 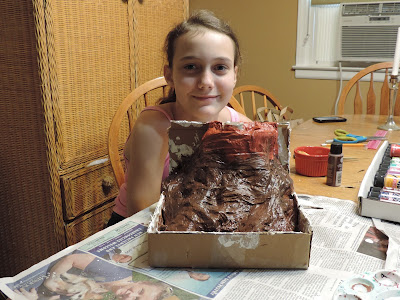 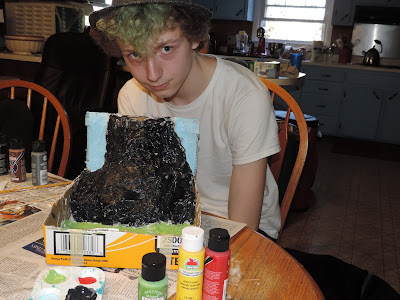 We went on a fantastic field trip to see a performance of Twelfth Night. The performers did a wonderful job, and the all student audience was kept on the edge of their seats. There is no better way to study Shakespeare than actually attending a performance. It was the way it was intended to be experienced. We read a short synopsis before attending.


One of the kids' dance classes was held outside in a city park. The director of our dance studio feels it is important for the students to learn how to choreograph, improvise, and perform on the spot in front of strangers, so she occasionally takes the older ones outside and lets them create a piece and then perform it for whomever is passing by. 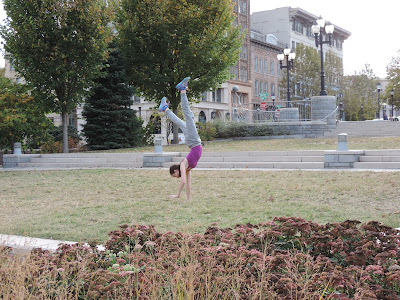 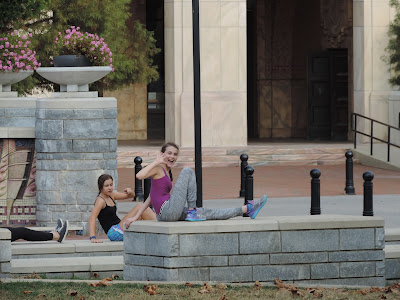 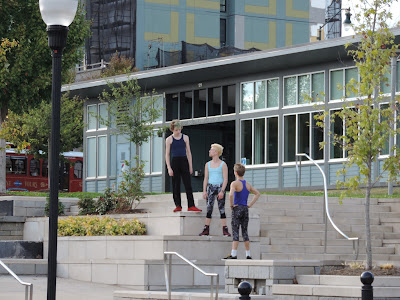 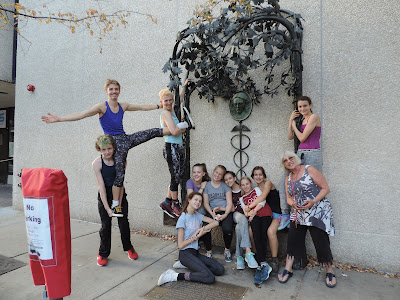 Quick list of our learning this week:
A photo "just because" ~ isn't this vulture neat? We passed him eating a rabbit on the road. He showed off his wing span for us. 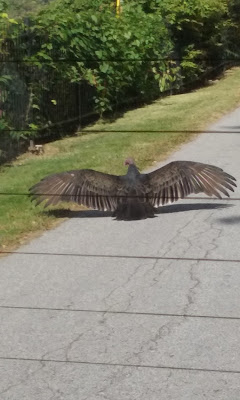 We also accomplished as a family ~
Last, but not least ~ If you are at all interested in reviewing homeschool products, go to this post and apply. We have really enjoyed being on the Homeschool Reivew Crew this year. It has been a great learning experience for all of us.