We had a really good week. I think we have finally figured out at least part of what's going on with Dean and his depression and physical ailments. He was having an especially rough night a few weeks ago, so out of desperation, I put all of his symptoms into Google. It came up with two options ~ a stroke or a B12 deficiency. Since you can't have a stroke for 8+ months, I started researching B12 deficiency. Oh my, it was so obvious. It wasn't a huge surprise to realize that he was deficient in nutrients. Dean has always struggled with absorbing nutrients. In years past, his doctors have blamed the problem of not getting enough nutrients on his having a leaky gut. While I believe this is part of it, we have worked very hard on repairing his gut for years. It seemed like there must be something more. Then my Mother, who is our family's research queen, stumbled upon the methylation process. It seems like another piece to the puzzle has been found.

Methylenetetrahydrofolate reductase (MTHFR) is the enzyme necessary for an important metabolic process called methylation. It is this process that converts folate and folic acid (forms of vitamin B9) into an active form the body can use. For instance, folate activates vitamin B12. The MTHFR gene produces this enzyme, but a genetic mutation can inhibit its function. This mutation is surprisingly common in our country. Genetic testing would have to be done in order to definitively determine if Dean has it. However, it does no harm to simply give him the supplements that would support the methylation process. 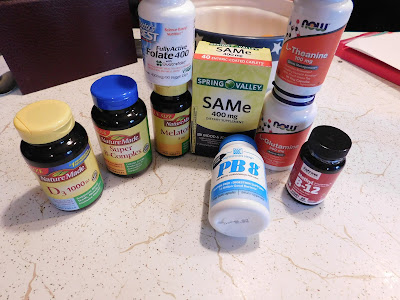 We had noticed a slight improvement after he started SAMe (S-adenosylmethionine) supplements about three weeks ago. One of the most important processes SAMe is involved in is methylation, in which it acts as a methyl donor to support a multitude of chemical reactions. So last week, we started him on methylated B12 and other supplements supportive of the methylation process. In just one week we have seen a huge improvement in mood and ability to cope with stress. His hands aren't numb anymore, and he is sleeping much better. He has more energy and is more motivated to help himself. It is a huge blessing! He still has lots of B12 deficiency symptoms and we have lots of work to do. But, I am more hopeful than I have been in months. He has to take these every day, but he is happy to do it so that he can feel better. Today I am starting him on folate, which is the methylated version of folic acid.

Paul Klee ~ My Mother taught us about the Swiss-German artist Paul Klee this week. She then let us choose from Klee's many diverse styles to create our own art work. Most of us chose to try our hands with his grid painting style. The kids really delighted in this project. They had so much fun. I rather enjoyed myself as well. 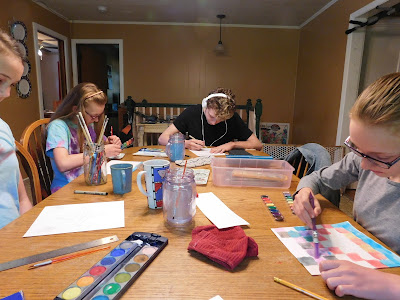 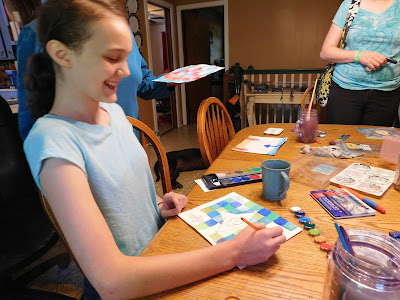 Geology Field Trip ~ We also had fun on our field trip to identify sedimentary, igneous and metamorphic rocks at a local gem store. The kids enjoyed themselves and found many of the specimens depicted on their worksheets. 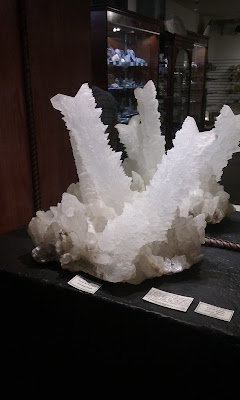 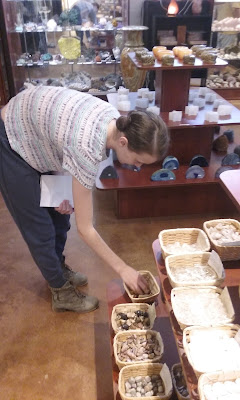 We got all of our seat work done as well. Tomorrow, I hope to post our plans for the last few weeks. I can't believe we are almost done!