We had  a strong week filled with learning. This week the real world lessons will stick in my children's minds much more than anything we learned from a book. We had some reminders of just how blessed we are and were thankful for how far we have come.

We have been looking for a pet rabbit for a little while now. We wanted a therapy rabbit of sorts who would sit in my son's lap and reduce his anxiety while he was doing school work. A bunny was offered on the Yahoo Freecycle group with all of his belongings. We went out to meet him and he had the personality we were looking for. We brought him home and he is transitioning well into our family. He is even getting along great with our dog! We kept the name his previous family had given him and then added our own middle name. Meet Phillip Teaberry. 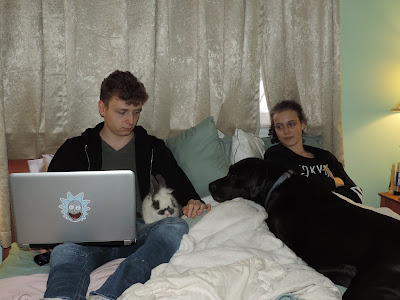 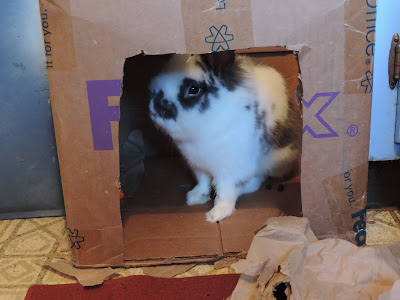 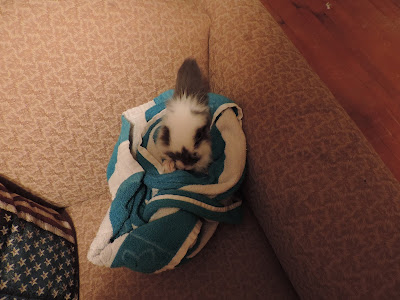 On Monday we had tickets to see a professional rendition of Hamlet. This is by no means my favorite Shakespeare play, but the production was fantastic. There is really no better way to study Shakespeare than seeing it live in the form in which it was intended.

After the play, we joined up with another family to go out to lunch and try a new pizza place. We found the prices a bit high, but decided to eat there anyway. As the food started to arrive, my friend commented quietly to me that she was surprised by how small the portions were for the cost. We were sitting in a hallway right next to the bathroom. There was a person standing behind us who we thought was waiting for the bathroom. He turned out to be the owner and verbally attacked my friend. He slammed his hands down on our table, startling us, and suggested we go elsewhere if we didn't like his food. When our dessert was ready, he brought it, slamming the plate down on the table and scaring us all. He then told all the other customers in the restaurant about us, referring to as with rude language and ranting for the next 10 minutes. We got out of there as soon as we could and left negative reviews on Yelp. It turns out others who were in the restaurant also left negative reviews after witnessing his outrageous display toward us. The children were very shaken but received a host of life lessons (such as not to engage with a ranting person) that they won't soon forget!

Tuesday through Thursday were relatively normal days. We had dance, art and lots of workbook-style school. We also completed the projects for our Culture Club. We are learning about the United Kingdom this month with our friends. Dean wrote a report about Charles Darwin, and Anne wrote about Queen Elizabeth II and her first major challenge as queen (the Great London Smog of 1952). 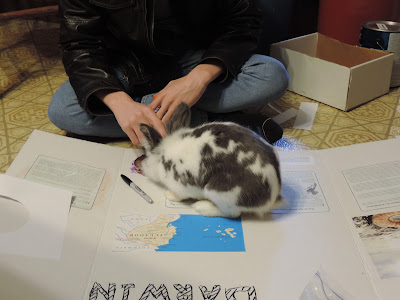 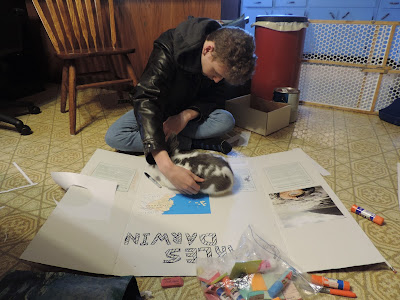 There was lots of Home Economics this week. Anne is three-fourths of the way through her home economics class. Her goals for home economics were flexible. As long as she was learning/perfecting skills that were new to her, I wasn't a stickler to what she learned. As the course is winding up, I see that there have been four main areas of learning (bulk cooking, painting/refinishing furniture, serving those less fortunate and hand sewing). She has done lots of what we call "dance hand sewing" which entails sewing her pointe shoes, repairing leotards, and small adjustments to costumes. This week she sewed her eighth pair of pointe shoes in record time. They are very neatly done and clearly show how much she has improved. She also started painting her last piece of bedroom furniture. The big reveal will come soon. Lastly, we visited a friend who is going through a very hard time right now. Her young daughter had a complete mental breakdown and is in the psychiatric hospital. My oldest daughter was in that very institution four years ago, so we were able to talk on common ground about this experience. We took the mother some flowers, cards and treats. Anne showed beautiful compassion to the mother and is growing beautifully into the role of a compassionate caregiver. 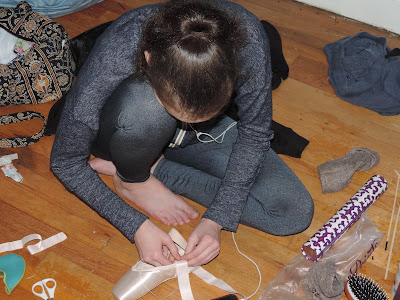 On Friday we had Culture Club with our twin friends. After club we had art class with Grandma. Our friend Rose joined us. We had a quick English tea. It wasn't our prettiest display, but everything tasted good. We learned about Faith Ringgold. We reviewed Black History Month and how Faith Ringgold's art focuses on black history and breaks down stereotypes. The kids then did a picture of their own in her style. They made collage boarders with a hand-drawn picture in the center to simulate one of her story quilts. 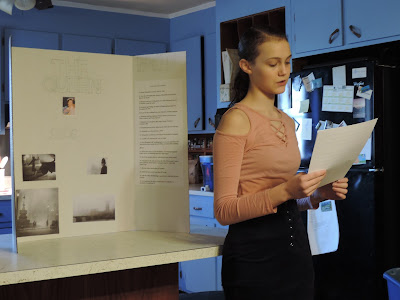 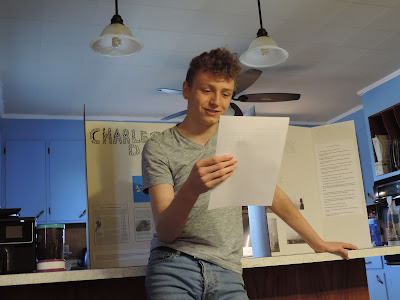 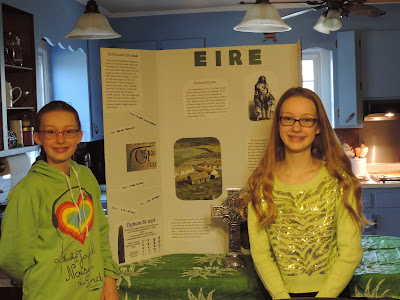 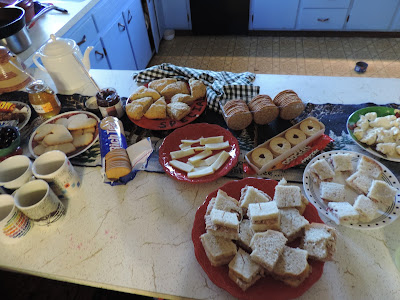