We took a short trip to Pigeon Forge, Tennessee for spring break. This was just a day and a half visit. There is so much to do in Pigeon Forge. We could go for a day trip every year and do something different. We picked up Anne from work and continued on to Pigeon Forge. It is supposed to be a two hour trip, but it usually takes longer. There was a recent rock slide onto the highway and only one lane was open through the gorge. We arrived just as our hotel allowed check-in. We stayed the night at the Clarion Inn which was awesome. I love booking.com, because we can get incredible deals on that website if we wait until the last minute. We dropped off our stuff and headed out for a very early dinner (pizza for the kids and salads for the adults). Then we went to the Titanic Museum. They don't allow any photo taking in the museum. It is absolutely amazing. The museum is hands-on. There is a real iceberg to touch and freezing water that is maintained at 28 degrees (the same temperature of the water on the night the Titanic sank). The kids tried to keep their hands in the water for 30 seconds. Their hands were in lots of pain after just 20 seconds. The audio tour was wonderful, too. We also had the museum almost to ourselves. Anne said she wouldn't mind going back the next day, but we couldn't. 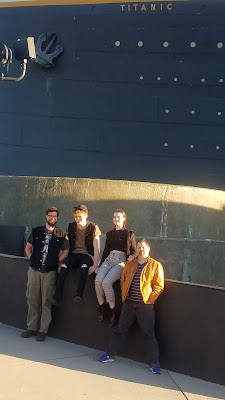 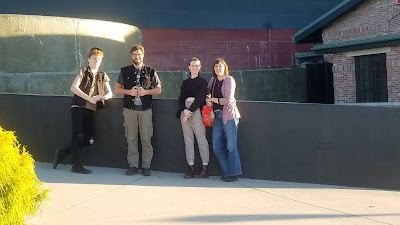 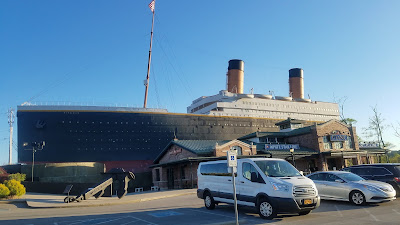 Many attractions and museums stay open late in Pigeon Forge, and we realized that WonderWorks was open for a few more hours. WonderWorks is like a science museum and an amusement park rolled into one crazy building with 120 attractions. We had a blast while learning about earthquakes, optical illusions, pulley systems, how a bed of nails works, obstacle courses, playing laser tag and much more. I had a small mishap on the aerial obstacle course and fell through the ladder walkway and banged my leg up pretty bad. Thankfully, they harness you in very well, so I didn't fall the 20 feet to the ground. Yikes! Nothing a good ice pack couldn't fix. 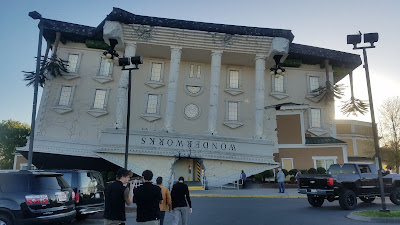 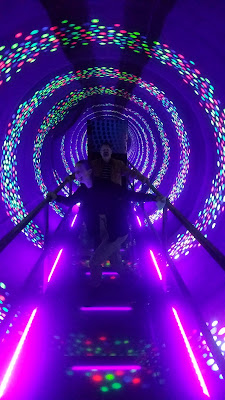 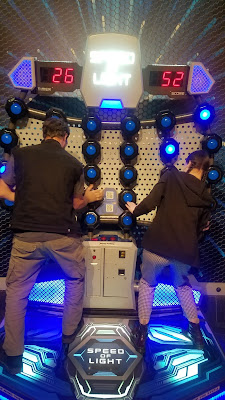 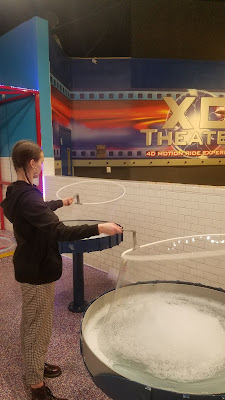 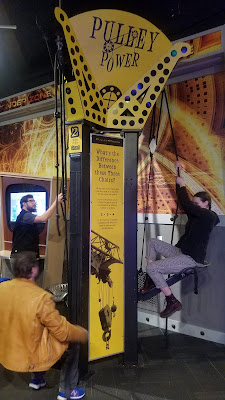 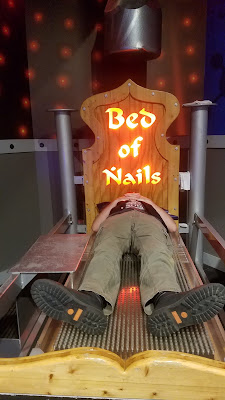 We got back to the hotel (The Clarion Inn) around 9:30 and enjoyed about two hours at the indoor and outdoor pools. They also had two hot tubs and an outdoor fireplace to warm up at between slide runs into the pool. It was delightful! 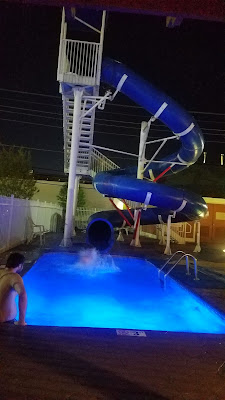 We spent the next  day at Dollywood Amusement park. We hadn't been there in nine years. I had to laugh when I read our post about the last time we braved this amusement park, because I said we wouldn't return for five to ten years. I thought I was joking, but as it turned out, it was nine years before we got back to it. You can read about our last adventure here. The last picture really sums it up from our 2010 trip. The kids are enjoying candy and I look dead. I didn't get an end of adventure picture this time, but I assure you that I was more alive.

We had a different experience this time. The kids held up just fine. Dean made it through all of his sensory issues without too much noticeable effort. However, we still aren't amusement park people. We found most of the rides to be either too scary or too junior to make the line worth the wait. In fact, the lines were bad for everything -- from buying a bottle of water to going on a ride. In six hours, we only managed to go on five rides a piece, eat lunch, visit with the bald eagles and play one county fair game. The lines were that long.

Nonetheless, we enjoyed everything that we did get to do. Anne and Dad enjoyed the lumber jack lift.

Dean and Tim went on a scary roller coaster that went upside down. The photos are before and after. Dean is pretending that he is going to faint in the after shot. Although they had to wait 1.5 hours to get on the ride, they had a great time. 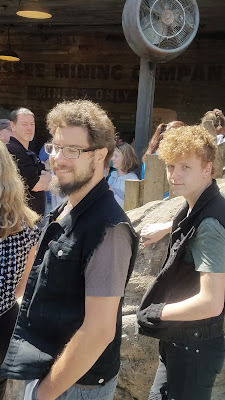 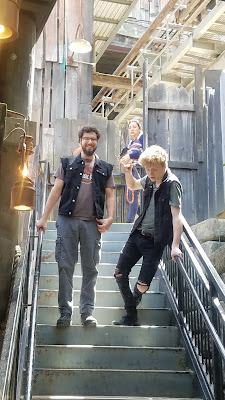 We all enjoyed the scrambler ride. I wish we had gotten back in line for it. Fortunately, the wait was only about five minutes for it, but I was nervous about making sure everyone got to the particular ride they wanted. So we only went on the scrambler one time. We also did the antique cars and a fun water raging river ride. The longest ride was the coal train ride. It was fun going on a train that has been in continuous operation since 1938. 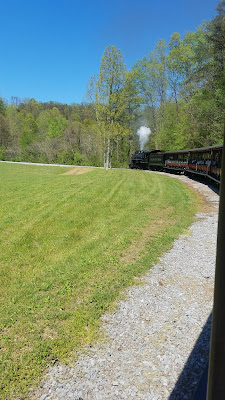 The kids and Dear husband played one county fair game. They all one stuffed alpacas which was their souvenir. 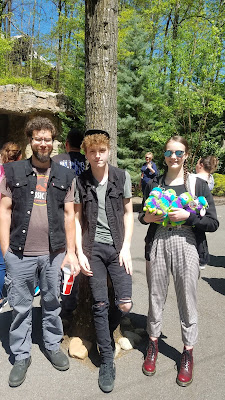 Overall, we had a good time, although, in my opinion, it wasn't worth the money. The kids kept comparing it to Disney World and saying it wasn't as good. Of course, it is unfair to compare it to Disney World, but I am glad they have happy memories of visiting it years ago. To read how we did Disney as a special needs family ~ go here. I am glad they had that experience, but next time we will just stick to Pigeon Forge. There are tons of things that we would still like to do there.