The week was an emotional one for my youngest son. There were no major reasons, just lots of little things that weren't perfect and way too many hormones. The week flowed nicely, nonetheless, due to routine and hands-on learning. We had a great hands-on learning week. Dean decided to make a banner for his live action role-playing games. He made blueprints of his design complete with tons of measurements. Then he enlarged the measurements to work with his materials, measured twice, cut once, glued, sewed and made a stick into a post using the band saw. It took him most of a day and he stayed focused even when there had to be breaks for appointments. I love self-motivated learning. 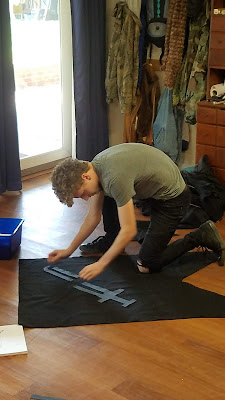 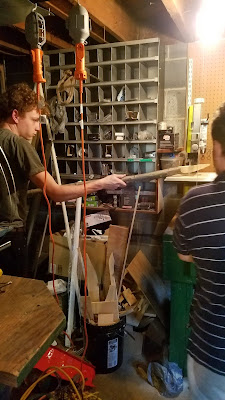 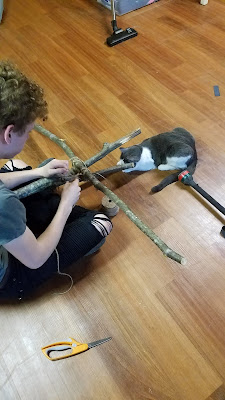 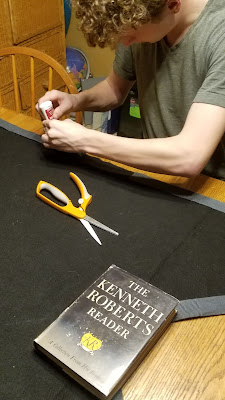 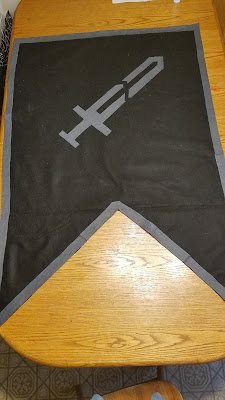 Our second Eureka Crate also arrived this week from the KiwiCo. I just love this company and their products. Dean got right to work on the project. He set up all of the parts as directed by the directions, which is such a useful step, and in two hours he had a really cool lock box. Along the way, he learned all about pin tumbler locks, Harry Houdini who in his youth was a locksmith apprentice, unpickable locks and how keys are made. 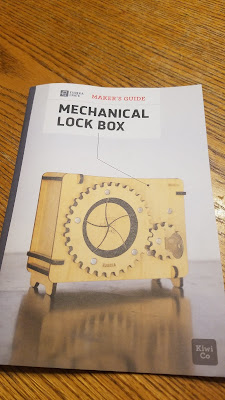 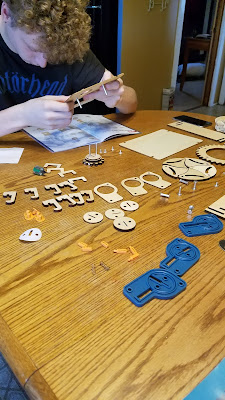 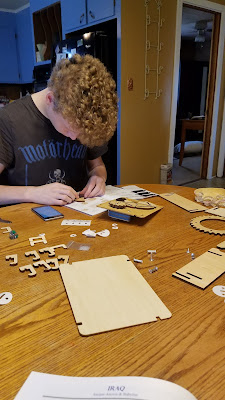 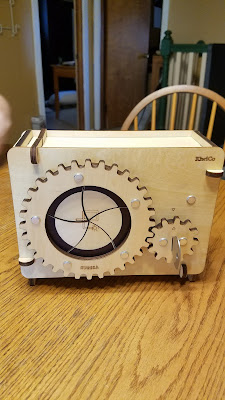 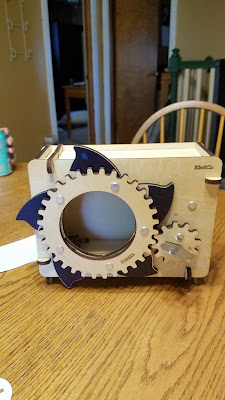 Our oldest son's birthday was this week. They had a wonderful time at their live action role play games. We then had a "southern dinner" of fried chicken tenders from our favorite chicken restaurant plus homemade waffles. The evening was wrapped up with games. 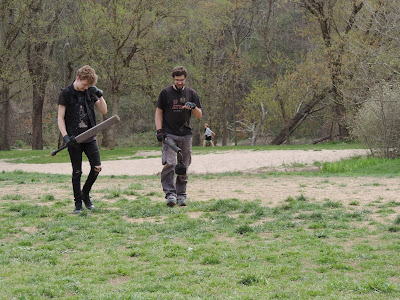 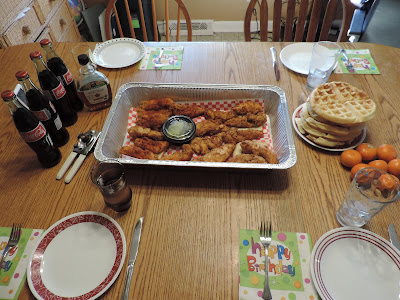 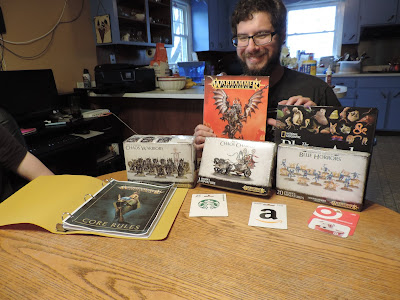 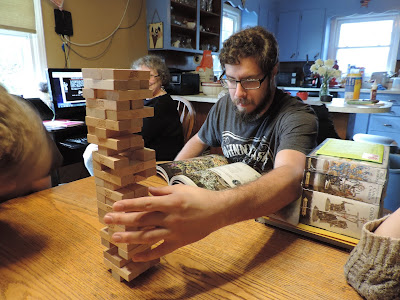 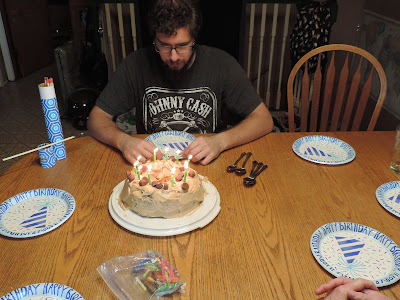 My teens went to the spring formal at our co-op. This was the second dance for Dean and the first for Anne. Anne didn't have a date, so she invited a friend. Dean and Miss F went together and Dean brought a long-time friend, who wanted to go to the dance but didn't know anyone. They all had an absolute blast. Anne and her friend were on the dance floor the whole time (when they weren't eating brownies, that is). I was told that Dean and Miss F did dance some of the time, but they were resting by the time I got there. Dean's friend found out that he did know a few people and had a great time, too. Our homeschool community is pretty big, but you still run into the same people over and over again.
All the Rest ~ Now that English is complete for the year, Anne can concentrate on U.S. History and Math II. Hopefully, they will both be done by late June. There are just two more classes in Sign Language at co-op and a little bit more of her independent study to wrap up her Sign Language II credit. Dean did a mini-unit study on Harry Houdini that I had planned. It was exciting to see that his Eureka box had a little info on Harry Houdini. I love happy little coincidences like that. Dean is on track to complete several credits in late May.

It is a blessing to homeschool.

Email ThisBlogThis!Share to TwitterShare to FacebookShare to Pinterest
Labels: Family Funnies and happenings, Friday wrap up