We had a pretty long week filled with lots of small hiccups (freezing temps caused issues, fraud that rendered my debit card useless, illness aplenty, lots of changes to the schedule and a lonely teen). We just seem to be in a season of little misfortunes, but there are tons of blessings at every turn, too. We were blessed by the completion of the repairs on the back house; Anne attended a birthday party; Dean completed testing and the results will be in on Monday; and everyone is very much on the mend.

The highlight of our week was the grand opening of our freshly renovated city's art museum. It has been closed for renovations for about three years. It was exciting to finally get to see all of the changes. Half of the building was our city's original library years ago. They have kept the architecture mostly original in that part of the building, which is lovely. In the new expanded part, they did many changes. It is filled with giant widows and skylights that let in streams of beautiful light. The windows look out on beautiful mountain and downtown views that showcase our beautiful city, so the windows feel like looking at a stunning piece of art themselves. 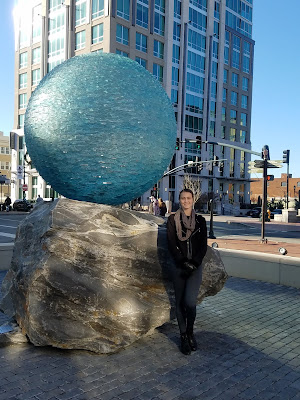 The museum feels like a modern, large city museum now, although on a smaller scale. They did a lovely job. It is still smaller than most city museums, but we are a small city just shy of 100,000 people. On the weekends, it feels like there are more tourists here than citizens. 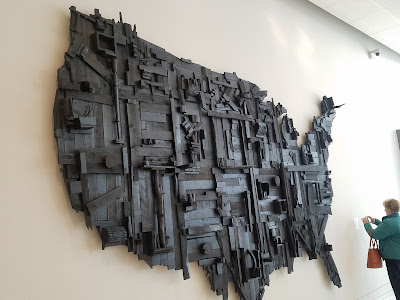 The majority of the inaugural artwork currently on display is modern. There are many nationally-acclaimed local artists represented, too. That is fitting, because many people visit this city for the art and music culture.
There was a floor to ceiling window that looked like a hole in the wall. It was really impressive, and we enjoyed getting very close to the "edge" and looking out. 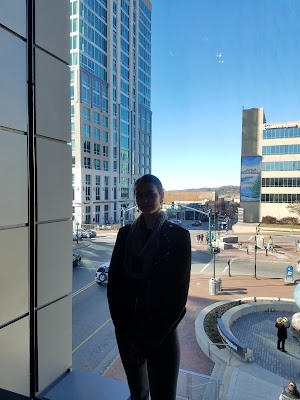 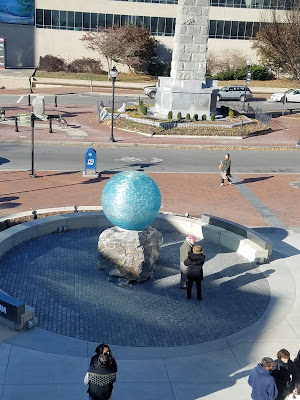 The museum also added a cafe and a rooftop statue garden. The views from the rooftop are spectacular. Although in all honesty, I should say it is a rooftop balcony with one statue and a few benches on it. 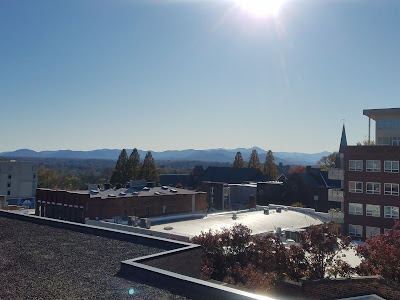 Overall, the improvements are excellent, and our art museum is ready to go forward into the future in style.