We had some truly lovely field trips this week. We went to the annual international nativity displays near us. I love this exhibit and it grows bigger and bigger every year. This year there were over 300 displays. I love to see how different cultures interpret the nativity. There were so many precious ones, but I will just share a few. 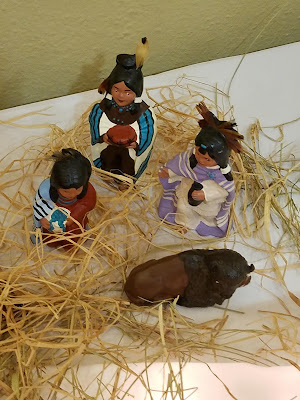 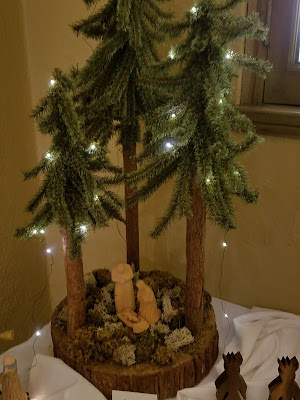 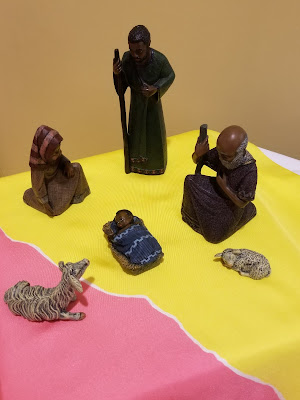 My husband had the day off on Friday and we decided to take a day trip to Knoxville, TN. We got out of the house right after breakfast and headed straight for the Knoxville Zoo. Going to the zoo in winter time has several advantages. We had the place to ourselves and got a discount for coming in the winter time. The animals were lively and came right to the edge of their enclosures to look at us. The rhinos were so close we could practically touch them. The staff was very helpful and eager to talk to us about the different animals. It was delightful! A funny thing happened. The lioness came right up to the edge of her fence. We were talking to her and she turned around and sprayed urine in our direction. Apparently, she was not thrilled with us and wanted us to move on -- which we did. 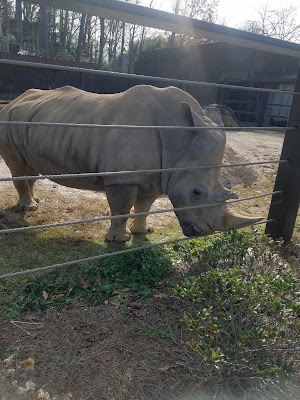 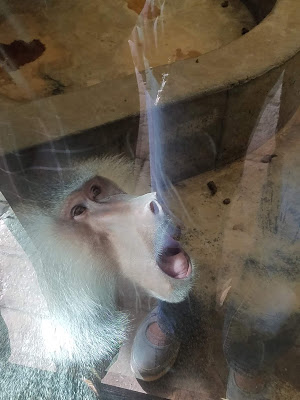 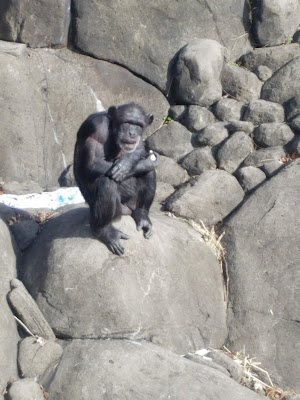 There was a fun tower area around the Gibbon monkeys (they are called monkeys but are really apes) and a second story nest that onlookers could lie down in. Anne and I braved the nest while the guys looked down at us. They were not brave enough to climb into the nest. 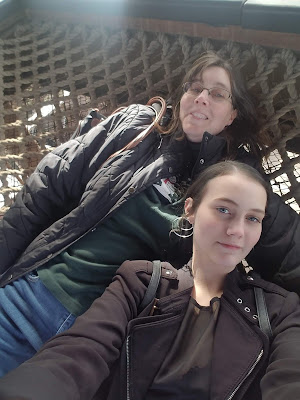 Anne and Tim decided to take a camel ride. It was a first for both of them. Dean wasn't about to get on such a big animal and watched from the sidelines. 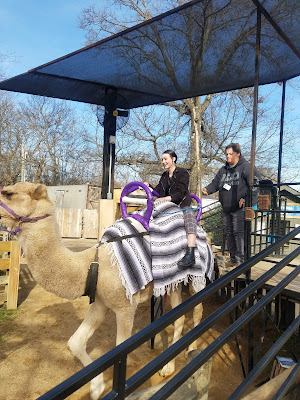 When we were done with the zoo, we had a few hours before our next Knoxville adventure and decided to "rest" at the mall on the last Friday before Christmas. What were we thinking?! We were thinking that our kids love malls and like to visit ones in different cities and see what they are like. I am not sure why they love malls so much. We hardly ever buy anything and mostly just walk the mall and get a drink in the food court. I must admit that we don't buy a ton for Christmas, so I forget that we are out of step with most of America on this particular front. Thus, we were very surprised how crowded it was (insert roll eyes for my silliness). We found parking and enjoyed our walk around the mall, watched all the hectic shoppers running this way and that, and had a light dinner off the small plate part of the menu at The Cheesecake Factory. We then moved on to our second adventure in Knoxville.

One of my goals is to explore how people celebrate the holidays in different cities. Since we were in a different city, I looked for a holiday event to attend. We found Christmas in the Caves at the Cherokee Caverns. It said it was Knoxville's best kept secret -- Ha! We had to park about a quarter of a mile away from the parking lot on a little dirt road. There was a great police presence to help us cross the road. It was a small cavern but beautifully decked out with lots of lights and blow ups. It was self guided and we were able to wander around at our own pace (mostly). We even got pictures with the Grinch. It was a fun ending to our day. 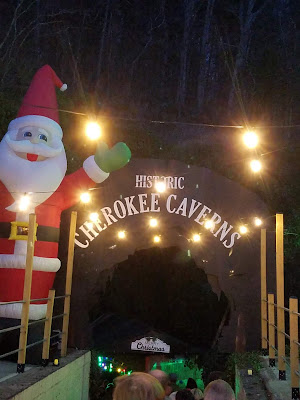 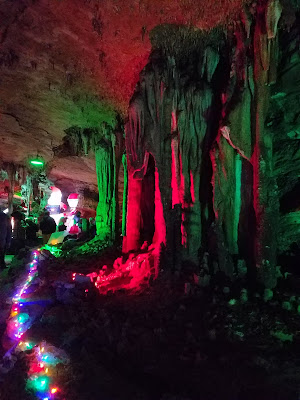 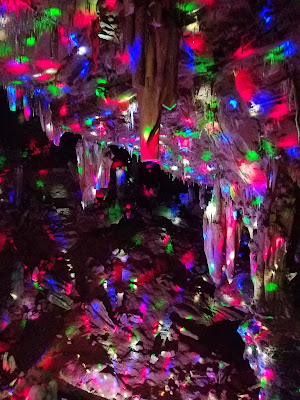 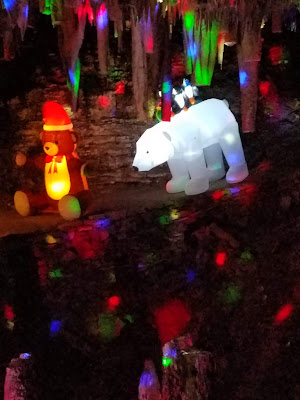 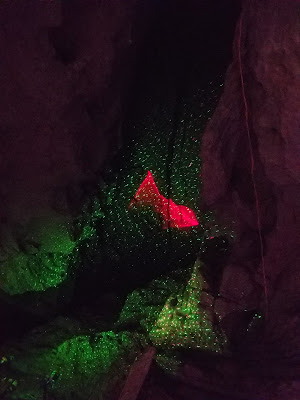 What a lovely week all around.