We had a tough week filled with little annoying obstacles. Thankfully, there is almost always lovely moments sprinkled between the tough ones. Dean had his wisdom teeth out last Friday. He has been an incredible trooper. We are so proud of him. I didn't pick up the narcotics that were prescribed, because I didn't want them in his body. He has managed with just an increased dose of ibuprofen. He is tired of pain but is turning the corner and not asking for his ibuprofen anymore. We are almost out of the woods! 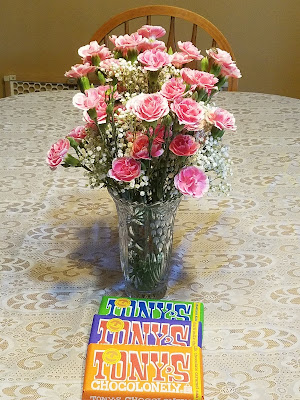 We had a sweet Valentine's day with Tony's Chocolate, which is 100% slave free. We also had Mac and Cheese Pizza for dinner. It was pretty good. Dear Husband and I went out to dinner to eat Mexican food on Monday. We hate crowds and decided to celebrate early. I am glad we did because the rest of the week was pretty difficult. 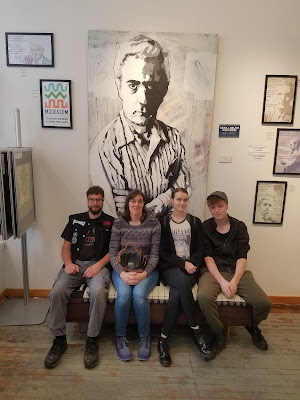 We finally made it on a field trip I have had planned all year. We went to the Moogseum and learned all about Robert Moog. He invented the first commercial synthesizer and lived right in our fair little city. His synthesizer factory still operates here, but the museum just opened this past summer. It was a very modern and hands-on museum. There were theremins to play and lots of touch computers that allowed you to learn everything you could possible want to know about Robert Moog and his famous workshops. There were even video lessons on how to use a synthesizer and then you could try your skills with a synthesizer. I wish they had had the Grandmother Semi-modular Synthesizer, because it is much easier to use for new students. We had an opportunity to play with one at a record store once, and I wish this museum would add one. My kids were not super excited about this field trip. It was overstimulating to their ears and they are not the biggest fans of electronic music. They preferred the factory tour that we took a few years ago at the Robert Moog factory. I am glad to have it off our local bucket list. 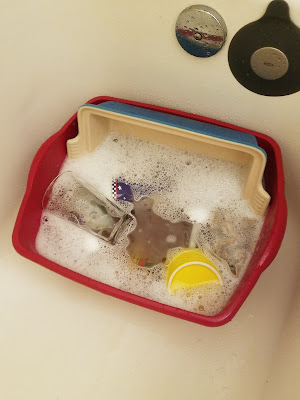 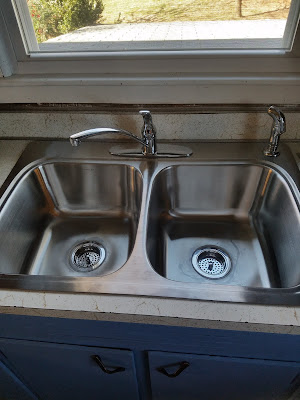 My sink and faucet gave out mid week. The faucet started spraying from all the wrong places whenever it felt like it. My husband attempted to replace the faucet and found that the sink had a crack in it that would grow with time and that some of the washers were rusted to the sink. We decided to replace the whole thing. It was a huge headache for my dear husband, who isn't a natural born handyman. Replacing the sink and faucet really stretched him out of his repairman comfort zone. It took a couple days, but he accomplished installing all of the plumbing and a new sink. Whoo-hoo! I only had to wash dishes in the bathtub for two days. My new sink is so deep, and I really like it. 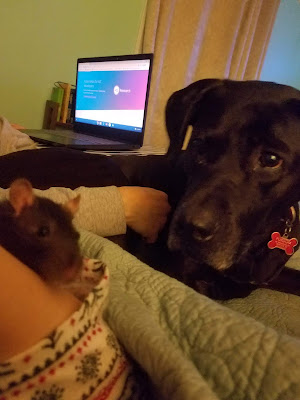 Boomer is a very attentive babysitter of his little rat sister, Willow. He is very gentle with her as he is with all of the creatures in the house. He constantly amazes us with his sweet personality. 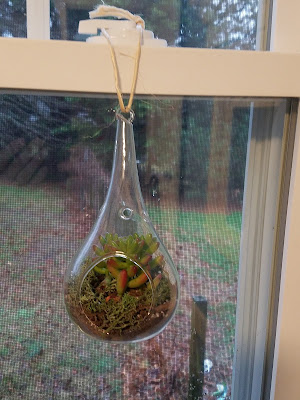 Anne made a small terrarium for earth science. She loves terrariums and has wanted one for awhile, but they are expensive. She found the container at a thrift store, and we bought the plant, dirt and moss from a hardware store. It came out great. 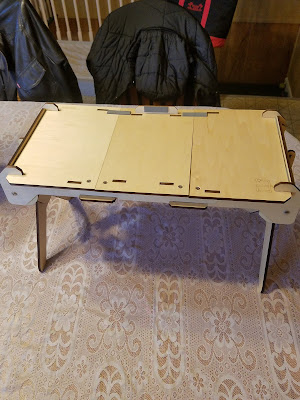 She also made Dean's Eureka kit from the month of January. He just didn't want to do this one at all. I told Anne if she followed the instructions from Eureka to create it, it would prepare her for making her own furniture someday. She hated the project. She said making cribs at work was much easier; she has helped put several of those together in the past year. She also informed me that her home would be filled with antiques and not furniture that had to be put together! LOL

We watched two good movies in the past week to add to our U.S. History studies. First, we watched Remember the Titans, which is a great movie about desegregation. It also is about the high school and area that I grew up in, so I was extra excited to share it with my kids. We are not football fans, but that didn't take away from our enjoyment of the movie. It was great.

We also watched the movie, Dick. It is about the Watergate scandal. It was pretty good and, once again, fun to point out neighborhoods and places where I grew up. I even heard the kids shout out a few times, "I've been there." I did think it was a bit confusing if you know very little about the Watergate scandal, so we will be following it up with a documentary or two.

I am hoping for a calm and productive weekend. A few of us feel a bit under the weather. I want to turn that around this weekend if we can.