As we say goodbye to the first week of May, we feel a bit frazzled. Yes, there is some panic in the ranks. Will the language arts workbooks be completed in the next four weeks...and what about those remaining math lessons? They seem to be multiplying instead of reducing in number! Let's not even talk about end-of-year testing (which I haven't even ordered) or the pollen count! Both my kids are experiencing nerves for the first time about their dances. Neither is feeling particularly prepared for the end-of-year performance. I am sure their dances will come together in the next few days, but they are shaken up more than I have seen them in the past. I think it is just the pressure of being in Tween Company. Little Red Riding Hood is on stage in every scene but one. That is a lot of dances and costume changes! Tom Sawyer has less to prepare for when it comes to dancing. However, there is a lot of prep work for the youth group Sunday (in which they run the entire church service). Yep, we are all feeling the pressure. At least, my Mom came through her surgery well and is doing better. Thank you for your prayers!

Screen-Free Week ~ Yikes! As if we didn't have enough on our plates, I decided to have the kids join the challenge of screen-free week this week. A few local stores have some great incentives if they can hang in there and resist the lure of the screen. They are almost miserable about it, but they are struggling through. I have been limiting my time on the computer to writing this post and taking care of email and Ebay. It has been eye opening for all of us. I see there are certain hours when we all (some of us desperately) want to crash and chill out in front of a screen. However, I have seen a great improvement in reading for Tom Sawyer. In fact, he has read two chapter books and six graphic novels this week (so far). Little Red Riding Hood has been struggling with the lack of screen time much more than I thought she would. I definitely think this is something we should incorporate into our life more often!

A Goldilocks Update ~ I haven't talked much about Goldilocks lately. There hasn't been that much new to report or at least that I feel is my place to report. I have a lot to say about her school experience. However, I want to wait until the year is out and make a complete report of her experience. Unfortunately, it has been extremely eye opening and in a very negative way. As for her mental health team, we are about to experience some big changes. She is going to be moving to a new mental health home in the next few weeks. Her current provider is beyond done and we are interviewing a new home next week. Hopefully, it will be a good placement. We are having a very difficult time finding someone who is qualified and is willing to do an in-depth assessment of her mental health. The team suspects a major diagnosis is coming and no one wants to be the one to give it to a child. We are probably going to have to travel across state to get services for her.

What we accomplished "school wise" ~ 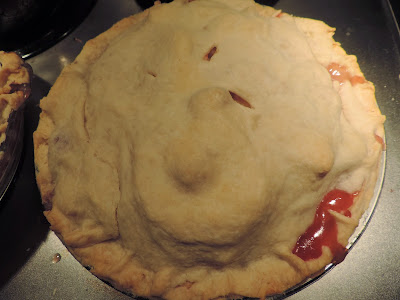 The kids also attended all of their dance classes and extra rehearsals. We made it to the library twice this week. We are looking forward to a fun and peaceful Mother's Day. I am hoping to do some kind of fun outing but haven't had the time to wrap my brain around what we could do. I hope all of you have a wonderful Mother's Day!

Blessings, Dawn
Posted by Dawn at 4:12 AM