What if you live in the city? How do you do nature studies when your home has lots of concrete, racing cars, and man made structures all around it? Admittedly, we do live in a city, but one that is in the midst of the mountains with huge expanses of nature just a short car ride beyond the city/county limits. However, with our busy lives, we don't make that 20+ minute car ride weekly. I've been watching my friend Claire's nature study and have to admit that I've been a bit jealous. Where was a natural place that we could walk to weekly and watch it change throughout a year?

Then it struck me! I started thinking about that park in the shadow of Walmart. It has a water source, a variety of trees to pick from for a year long tree study, some small patches of grass, and borders a small woodland on one side. We still can't walk there. We do not live in area where it is safe to walk, since there are several large roads, very steep hills, and limited sidewalks between us and the park. But it is a very short car ride from home.

We decided to go on our first "official" nature walk there on an overcast day this weekend. Our park has a twisting path with a river on one side and a small amount of green space on the other. We will have to measure the path, but I would say it is less than a quarter of a mile long. Beyond the river is a two lane road and beyond the green space is the Walmart parking lot. This park is in the floodplain and is inhabited by several homeless people who spend their days wandering in the shopping center at the edge of the park. We saw evidence of their sleeping arrangements under the bridge and along the edge of the woods. Perhaps we will leave bagged lunches for them sometimes. 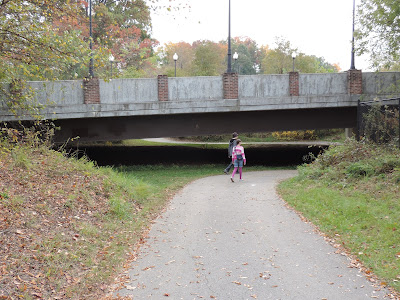 This park is also unique because it is the site of an old bleachery that operated here from the 1920's to the 1960's. Although it has been cleaned up, there is still evidence of its past. 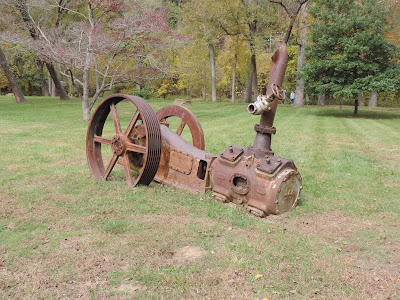 We look forward to finding a way to get down to the river. We didn't see an obvious way to climb down from the park side. We may have to enter it from the street side. 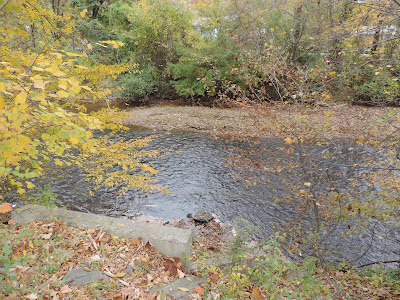 We did find a broken down and overgrown stairway down to the river which may be from its bleachery days. I think it is neat to see how nature is overtaking the past area that had been cleared for the bleachery. 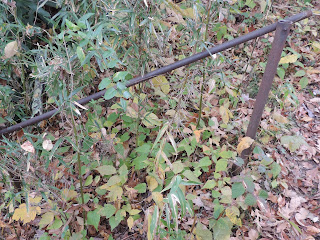 There were a few special trees to pick from for our tree study. We decided on this Maple tree. It was really showing off its fall colors. It also stood alone so that we could move around it to see it from all angles. 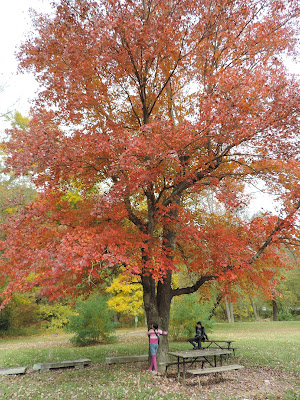 There are also some big climbing rocks which could be part of a geology study. 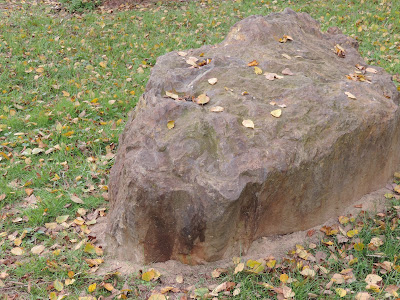 Well, that is an introduction to our nature study. We look forward to 52 weeks of exploration in our urban park.