C Is for Celebrating Learning

We like to do a show and tell of our learning a few times a school year. We just completed a celebration of the Middle Ages. We had a wonderful time and the kids had their grandmother and two homeschool friends over to celebrate. We began with a medieval meal made from foods and spices found on tables during the Middle Ages. 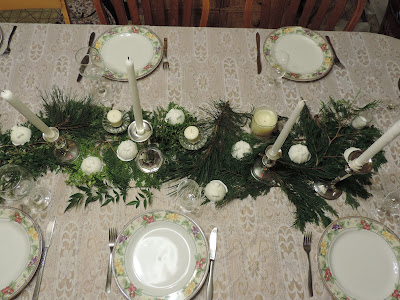 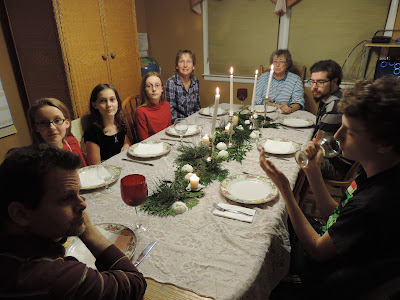 We had two kinds of bread, root beer, ham, roasted vegetables, boiled cabbage, brie, fig sauce, aged cheese, asparagus (which was only found in a few French monasteries at the time), croissants and ice cream (ice cream did not exist in Europe yet, but was brought by our friends and was delicious).

After the meal, we moved to the library and set up for our presentations. Anne and Dean talked about their many projects on their project board. They explained about code of honor, why shields were decorated with a coat of arms, stained glass, illuminated manuscripts, and Celtic knots. They showed and explained their Venn diagram of A Door in the Wall vs. Crispin Cross of Lead. They then read their reports. Anne's report was about the 4 All's and Dean's report was about medieval medicine. 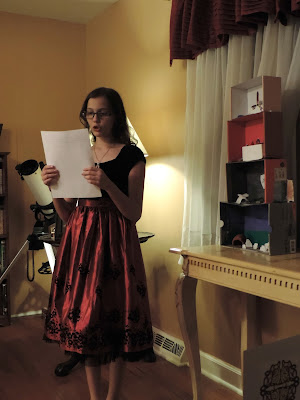 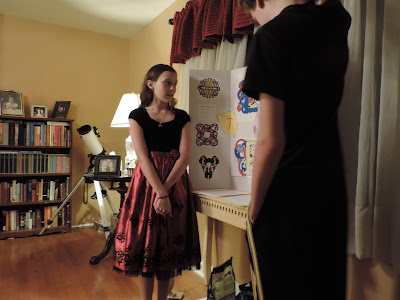 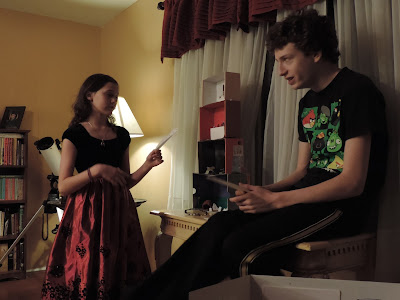 Then our friends did a presentation about France and the French language. They also played a French song on their tin whistles. 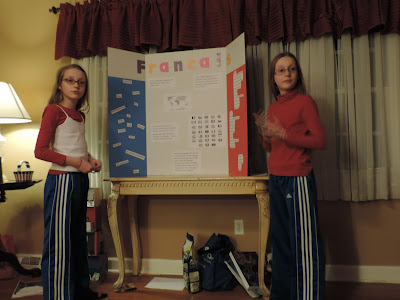 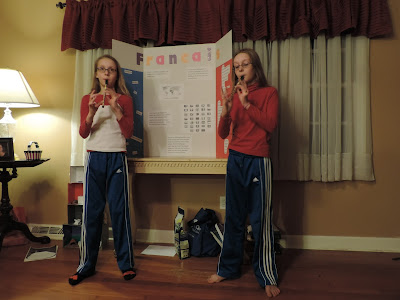 This concluded the formal part of our evening and the kids were allowed to go off and play. They chose to take silly pictures of each other and have a music jam. I love to see how kids "play" as they go through different developmental stages. My crew is growing up. 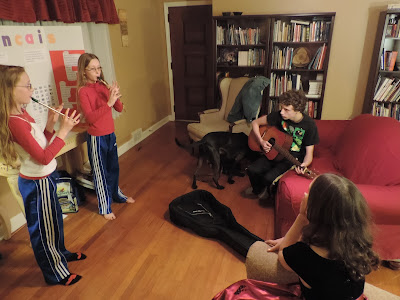 Blessings, Dawn
Posted by Dawn at 4:22 AM