S Is for Symphony

We had the pleasure of going to the symphony this week. Our local symphony orchestra did a special school show that cost only $4 a ticket. I couldn't pass that up. The show was called Musicalympics and they portrayed how music and sports are related to each other. 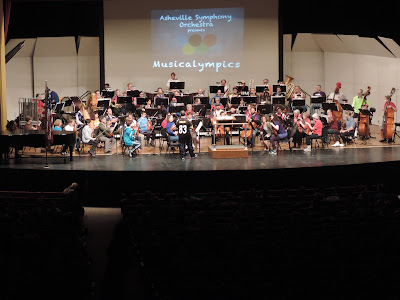 It was a great show and special opportunity for my kids. Dean really appreciated how professional the orchestra was and remarked that, if you closed your eyes, the music sounded like it had been professionally recorded. But then, when you opened your eyes, the music was being played live right in front of you. He loved that. It's really hard for him to listen to poorly played music. We sat in the spacious balcony, which was a relief for my sensory-affected son as the music was not too loud up there.
We heard several great pieces including:

We are going to follow up our adventures at the symphony reviewing The Story of the Orchestra and listening to "The Best of John Williams," parts one and two (found on YouTube). John Williams wrote the music to Harry Potter and Star Wars! My kids were very excited to hear about that. 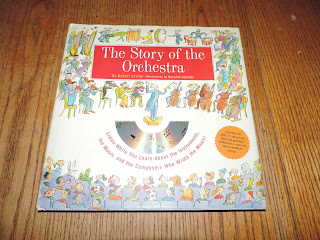 I am joining ABC blogging with ~

Blessings, Dawn
Posted by Dawn at 4:52 AM