New York City ~ What I Learned

Wow, I can't believe this is my fourth post about New York City! We were only there about 48 hours. We arrived around lunch time in the city and left two days later in the afternoon. This is a nuts and bolts post (partially for my own memory if we ever do it again). Our trip to New York City was a big undertaking for our special needs family. I planned out lots of details for weeks before we left home. I had backup plans in case other plans didn't work out. I am a planner.

My oldest son announced in the middle of the trip that I am a worry wart; my husband is too goofy; and if any one was going to get lost, it would be my stepmother because she is so easily distracted. I am afraid my son hit our personalities dead on. 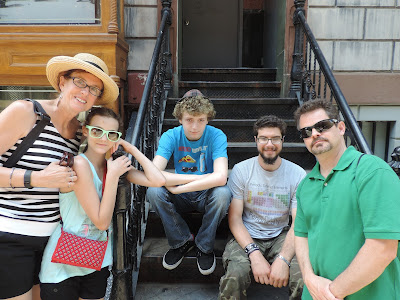 One of the big issues for this trip was money. We live on a tight budget and a vacation of this magnitude is a big deal. We tried to make as many cost-saving choices along the way without compromising the experience.

The second major issue was energy. My husband and boys are all low-energy people. The boys needed lots of breaks and got overstimulated easily. They wanted to be in the hotel room more than I had expected. I always try to plan trips with some downtime, but the boys didn't experience downtime in the places I thought they would (Central Park and restaurants). They only felt rested in the hotel room. My husband stayed back with them one late afternoon/evening while we three gals went out on the town to see the Rockettes.

Travel ~ The first compromise was to drive into the city instead of taking the train. That saved us close to $400. Our hotel stored our car for a fee. Grandma Sue paid for the storage of the car and all of the toll roads going up and back from NYC (thanks). Once we were in NYC, we also decided  to use the subway rather than take cabs (since our family would not fit into just one taxi) or take the hop on and off tourist bus (which is pricey and not always there when you want it). We also walked our feet off. One of the best things I did before leaving home was to buy each person a new pair of sneakers. 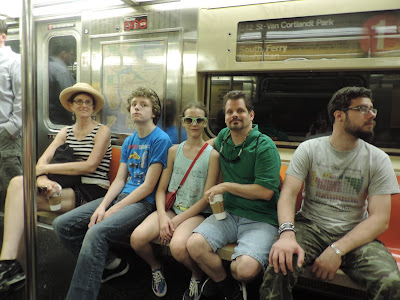 Subway ~ One thing we learned about the subway is that you can buy one subway ticket and use the same one for four people. We were originally told that unlimited people could use the same ticket, but that is false. We, unfortunately, learned that the hard way. Tim and Dean were the last two of our group to try and use the ticket. It would not let them through the gate to the platform and we had to hand them more money through barred fencing and explain to them how to purchase another ticket. This was a very high stress situation and caused Tim a huge anxiety attack that affected him for the rest of the trip. From that point on, we always made sure that there was a parent/grandparent in the front and back of the line. Otherwise, the subway was a great experience. The maps were easy to read and people were very helpful. We found New Yorkers to be very kind and understanding. Some even overheard us talking and advised us on better routes.

Food ~ The cost of food in NYC can be very expensive. However, there are ways around it. We did one expensive meal at a themed restaurant, one moderate meal at a fun, historic restaurant and the rest we ate from cheap street vendors, hole-in-the-wall pizza places and little delis. The boys and Dad ate in the hotel bar one night when they didn't want to go see the Rockettes. They had fish and chips. Also, to cut down on costs, we carried coolers of water and drinks when we checked into the hotel and then packed a few drinks at a time into our bags each morning before setting out. 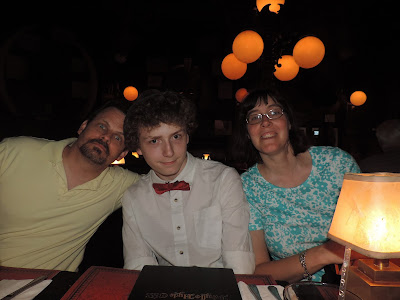 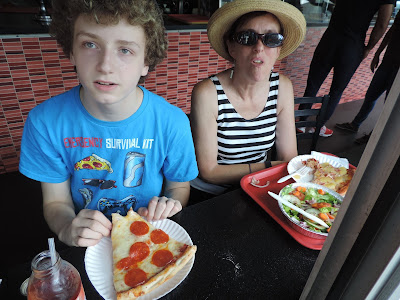 We went to Carlo's Bake Shop from the show, Cake Boss, and met Maddalena. Anne was so excited! She loves that show and was very excited to meet a real reality star. Maddalena was so sweet. We also bought some great treats. They were yummy! 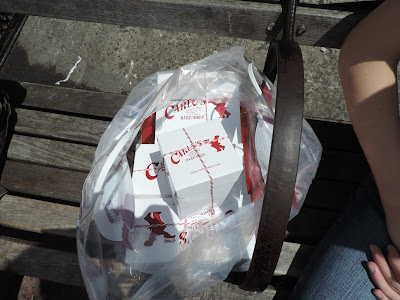 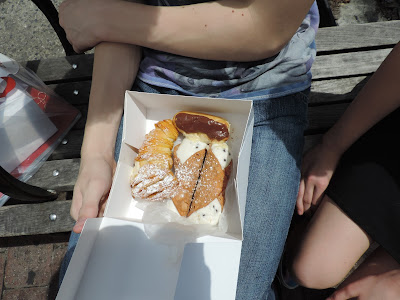 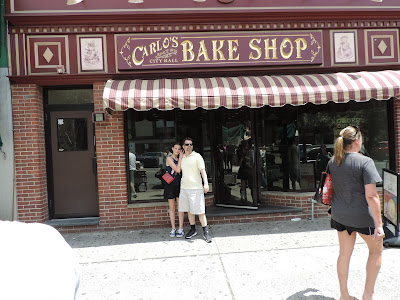 We stayed at the Holiday Inn on 57th street. The location was great and not too noisy. The hotel was nice and it was convenient that they stored the car for us.

Things I would do differently or try to adapt next time ~ 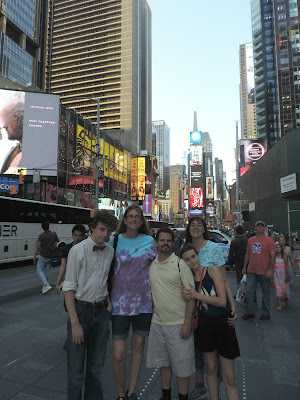