The pictures sprinkled through this post are all from this past week. We had my father and stepmother in town over Christmas.
The year 2016 was a challenging year for our family. I wouldn't say it was the most challenging year of all, but it was a rough one at times. Early in the year, we nearly lost my father to brain fungus and cancer. It is one of those amazing blessings that he pulled through and is still here. Although he has a daily struggle to still battle the brain fungus and isn't out of the woods yet. There have been many other smaller struggles, but nothing that will be remembered forever like my Dad's struggles.
There have been many positive things that have happened this year. One of the big ones happened just this past week. Our daughter Goldilocks, who lives out of the home in a mental health placement, turned 16. I have been waiting for her to turn 16 for a few years now. I know it is strange to wish your child's childhood away, but for our daughter there is potentially more help available now that she is 16. There are more doctors who are willing to diagnosis her with the disorders they believe that she has but that she has been too young to officially carry on her medical records. If she blows out of her current placement, there are more possibilities of where she could live, now that she is 16. So many programs do not accept kids until they are 16, so we have waited for this year for a long time. She is currently in a stable placement and we hope that she remains there; but if she doesn't, at least we have a few options now. While we are on the subject of Goldilocks ... I will give a brief update for those who have followed our journey for years. She had a very up and down year. She has struggled with her current house mom and placement a great deal this year. I have seen the tell-tale signs that her placement could be at risk. She is causing utter chaos in the home, and her caregiver is getting worn out. The school system is a sham and they are giving her an even more pitiful education than I could have imagined. They ignore her IEP and force us to check up constantly to see if they are doing their job. They ignore her low IQ and tell her to shoot for the stars. They have convinced her that she will be able to own a restaurant some day. They give her meaningless tasks to do so that they can let her grades look good and tell her the world is her oyster, which it certainly is not. She failed end of year testing for 9th grade but they passed her on anyway. In fact, she fails almost every test. She got very low scores on the ACT (American College Testing) test (similar to the SAT test). On two of the sections, she got a grade of zero. In all, she got about 20% of the test correct. She tells me constantly that she has no idea what she is doing in school. The doctors think that she has BPD (Borderline Personality Disorder), as well RAD (Reactive Attachment Disorder) and FASD (Fetal Alcohol Syndrome Disorder). Her birth mother also has the diagnosis of BPD and it can be genetic, so it makes sense.

Oh dear, I reread the above paragraph and it seems like one of the negatives of 2016. So onto a move positive note!

For the rest of the family, there has been tremendous growth. Dean (14) and Anne (13) are really embracing their passions. Our home is filled with music, and they are taking a higher responsibility for their own education -- more than ever before. We all have loved adding a homeschool friend once a week into studies. She will be joining us two days a week starting in January. I am finding a measure of peace in making sure that our days are filled with quality and not worrying so much about how many hours we completed or in which subjects we are behind. I know they are learning and growing into awesome young adults.
I am so blessed that, although both of my youngest are experiencing the full bloom of puberty, they are still talking to us about their feelings and trials, and we remain a tight knit family. There have been plenty of bumps and new rules as they have expanded their boundaries, but it continues to be going well.

Dear husband and I had a good year. We made progress on this old house and enjoyed making more memories. We are comfortable where we are in marriage, but always aware of the importance to not become lazy and neglectful of our relationship. 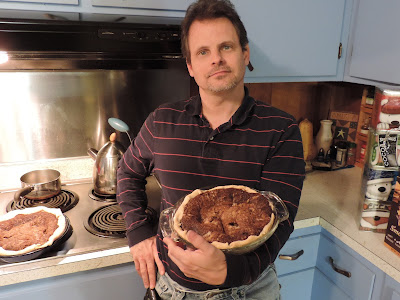 Tim (our disabled adult son) had a challenging year. He hasn't felt well much of the last few months. The wildfires in our area contributed to that. He often doesn't go with us on trips but did attend our family trip to NYC. However, it exhausted him both mentally and physically. He also stretched himself and, for the first time, attended an away from home camp for brain injured adults. That was hard for him and seemed to stretch him a bit farther than he was up for. However, his heart and pacemaker are doing well, and we made it through the year without any major illnesses or hospitalizations! 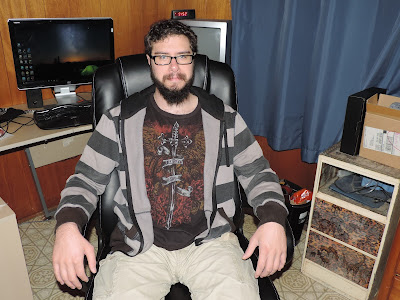 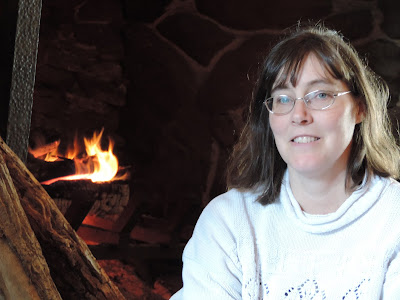