I feel like this week was the calm before the storm. I also took very few photos this week. That is just the way of it sometimes. Life takes off and I forget to record it in pictures. The highlight of the week was having Anne's best friend Josephine over for the day. They kicked the day off with a Pringles challenge. They found it harder than expected to figure out the different flavors while blindfolded. The rules of the game state that if one guesses incorrectly, she or he is supposed to be slapped; but they were very gentle with each other. The afternoon was spent playing in autumn leaves. I am so glad they aren't too cool to have good, old-fashioned fun. 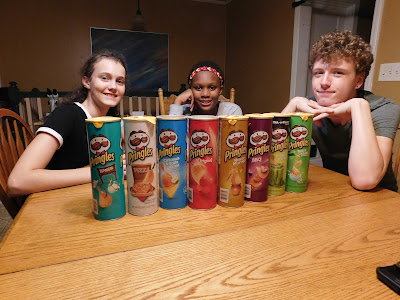 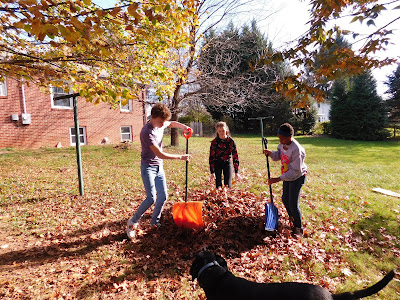 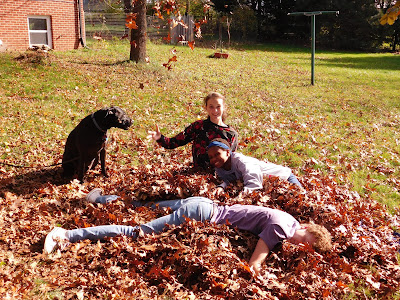 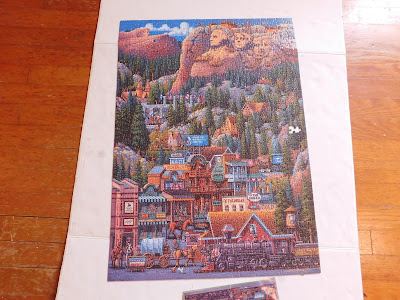 It seems like more happened than that. Since I record lessons in the lesson planners as they are finished and not by the week we are in, I may be missing something.

Anne also started decorating her room for Christmas. She is determined to enjoy the season for as long as possible this year. We love Christmas around here, but historically it has been a stressful time of the year. When our mentally ill daughter Goldilocks lived with us, she started really acting up around Thanksgiving and would be unbearable to deal with until mid-January every year. Her behaviors were extreme and dangerous. This is common for kids with Reactive Attachment Disorder and even worse because her birthday is just a few days after Christmas. Birthdays tend to be very hard on some foster/adopted children and this is true for her. Some years I wanted to skip the Christmas season completely. Then we added in The Nutcracker performances eight years ago and that made our lives incredibly busy and stressful. It feels different this year. Everyone in our household is in a good emotional place, and we are veterans of The Nutcracker. It really doesn't feel overwhelming so far. I hope the joy of the season sticks!

Last but not least ~ A photo of my handsome son, otherwise known as stick boy. HaHa. 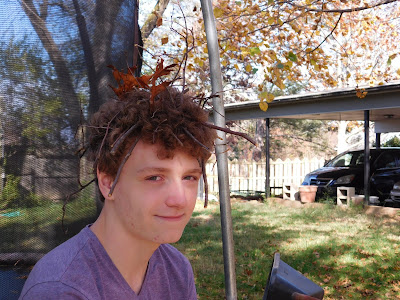