Week 27 ~ The Building and Creating Continues


We had a really productive week. Due to the fear of snow here in the south and some light snow that occurred over several days, all of our morning appointments were cancelled this week. That meant that we got lots more done with full days at home. Sometimes it is nice to have a break from the grind. However, all of Anne's evening dance classes continued on as usual.

Home Economics ~ Anne is not a big fan of chicken. She was not thrilled to be assigned to learn how to roast a whole chicken and then divide it into multiple meals. However, she complied and willingly did her assignment. She washed, oiled and prepared the chicken for roasting. It came out perfect. 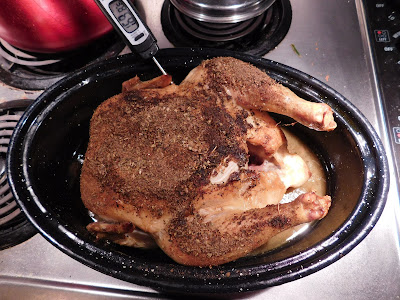 She learned how to cut and strip the chicken of as much meat as possible. She started the carcass in water, spices, onions, celery and carrots to make a rich broth. She divided the meat into three piles. The first pile was made into chicken salad; the second pile was made into chicken fajitas; and, lastly, she made chicken noodle soup with her chicken broth. All of the meals were marvelous. 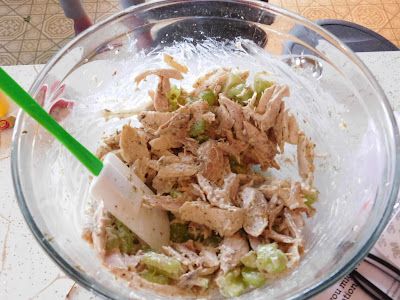 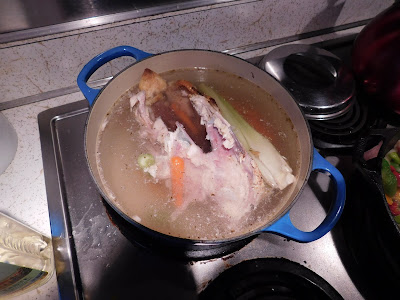 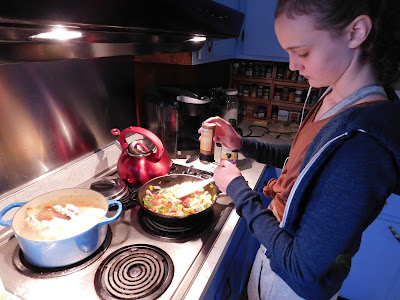 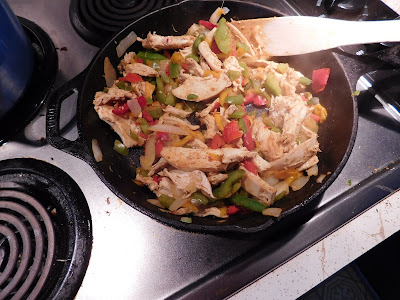 Preparing for the Showcase ~ This was tech week and the showcase starts tonight. There will be three shows over the weekend. Anne spent much of the week finishing up projects and putting costumes together. She has two "quick changes" with no time at all between dances. She is literally changing in the wings. She is in 10 of the 16 dances and is loving every minute of it. Many of her costumes are simple for this show, so I only took pictures of the more exciting ones. Mostly, she is in matching solid color leotards and plain skirts.

Building a Wooden Stage Weapon ~ Dean has been very busy this week, too. He got inspired to make a stage combat weapon out of wood. This was a great experience for him. He did loads of math through measuring, converting fractions to decimals, taking his drawing and increasing the scale by 17 times and graphing. 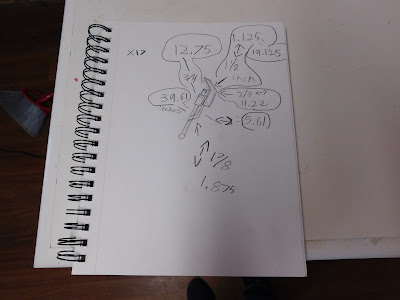 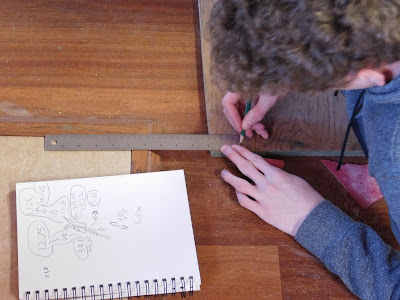 He then used a bandsaw and a jigsaw to cut out the parts. He sanded all of the parts and used wood glue and screws to attach to each other. He then spray painted and finally used acrylics to decorate the weapon. He is not completely done with it, but it is coming along great. Dean did a marvelous job of solving problems, being patient, and using caution with some fairly dangerous tools. I am so proud of him! 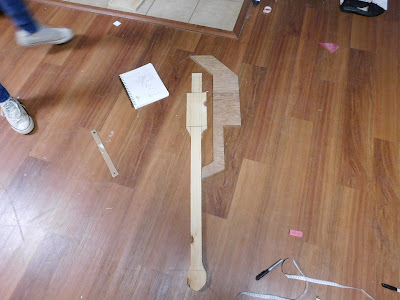 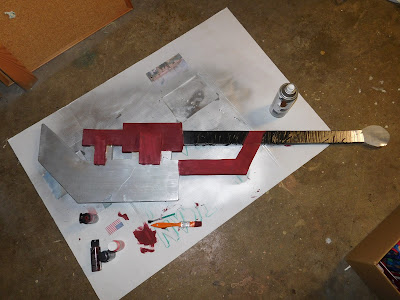 The rest of the school week was filled with biology lessons, math lessons and literature. We completed Stig of the Dump, watched Agatha Christie's The Crooked House and started The War of The Worlds.

Blessings, Dawn
Posted by Dawn at 6:40 AM