Week 6 ~ Working Our Way Through

Hurricane Florence was worn out by the time she got to us here in the mountains. We only got a few inches of rain and some mild power outages and flooding in our area. Our prayers and hearts go out to those closer to the coast. The devastation is incredible and has affected about half of our state. I used to live in Fayetteville, North Carolina and driven up and down Interstates 40 and 95 hundreds of times. It is shocking to see how badly hit were those areas that are more than a hundred miles inland.

Things have somewhat stabilized for our daughter Goldilocks. We did get some good news that she has been accepted to a great independent living program that she will move into next June. It is a relief to know that she will have somewhere to go after high school. Now to figure out funding from January to June to keep her where she currently is living. She has basically cut us off at the moment and we haven't talked to her in weeks. Her anger (and I think fear of growing up) is overpowering her ability to have any kind of civil relationship with us right now. She wrote us a scathing letter about our imperfect hugs and how we don't do things for her in the exact way she wants them done. Her anger was palatable and over such minor things. It was a typical RAD (Reactive Attachment Disorder) child letter. As her mother, I will never be able to meet her expectations, because they will change whenever I get close so that she can push me (us) away again. It has been a long, long journey and I am worn out by it.

All that aside, we had a much more productive and calmer week than last. We spent lots of time on biology lessons this week because I want it done. It is a carryover from last year and I am ready to wrap it up and move on to conceptual physics. Hopefully, we will have our hours done in the next three weeks. We are finishing up anatomy next week and then will be ready to review and solidify the most important facts. 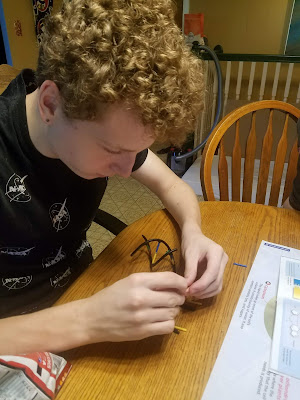 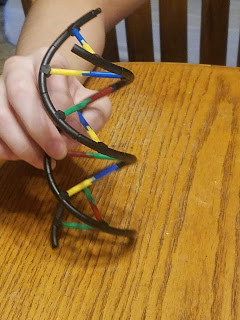 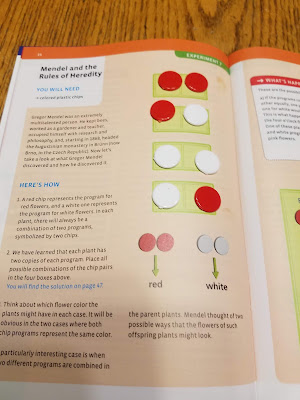 We enjoyed creating Punnett squares (one of my favorite biology activities), learning about Dolly the sheep (first cloned mammal), studying Mendel and reviewing DNA and animal cells. Our attempts to extract DNA from a banana were unsuccessful. We are going to try with a tomato next week.

Our latest YumYum box arrived from Thailand this time. Most of the snack food was pretty good and we were fascinated by some of the facts. For instance, did you know that monkeys are trained to pick most of the coconuts in the country or that it is tradition to give two Siamese cats to a couple as a wedding gift? We loved the mango and pineapple gummy snacks. The only real loser was the big seaweed roll. We all agreed that it tasted gross. 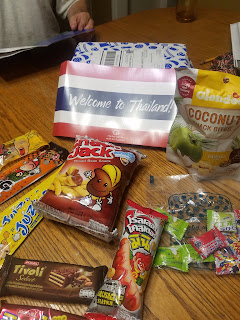 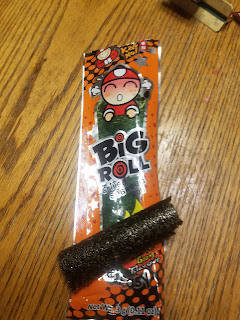 Can you believe we are already talking plans for the Nutcracker performances at the dance studio?  Anne has been cast as the princess (the same main character role she had last year, but this year she will dance in pointe instead of flat ballet shoes). She also has been cast to dance group dances with the Junior Company as a cat, Pop Rock candy, elastic doll and a Siren (Greek Mythological creature). We are still waiting to see if any roles will come from the Adult Company class she is also taking. Anne is very excited! As for me, I am delighted for her AND blown away that it is time for another season to be underway.

We made it to all classes and completed the majority of the at-home assignments. I am claiming this week as a win.