This was my very favorite day of the trip. We traveled to a small town about 45 minutes from Mount Washington the night before and stayed in a nice little motel. We had reserved tickets for the Cog Railway to take us to the top of Mount Washington weeks in advance. They often sell out for a group as large as ours.

The Cog Railway in Mount Washington is the first rack and pinion mountain climbing railway in the world and is the second steepest with a 25% to 33% grade. The only steeper mountain climbing rack railway is in Switzerland.
Mount Washington is known to have some of the most extreme weather in the world, so we were eager to get to the top and see what it was like on that particular day. The weather can change by the hour, and it isn't unusual to have sustained winds of 40 miles per hour and snow falling in the middle of summer. The winds can reach 200 plus miles an hour during the winter -- in fact, one-third of the year, there are hurricane force winds on top of this mountain! 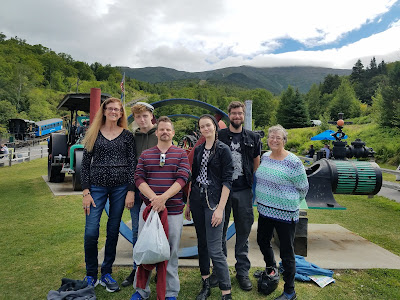 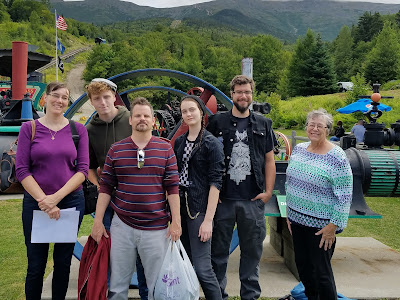 On our one hour trip to the top, we were invited to try to stand up and walk up the aisle to take photos from the open front of the car. This was not an easy accomplishment. To everyone's relief, the ride up was less scary than we thought it might be. The tracks run in the middle of the mountain avoiding cliffs. Instead of wrapping around a mountain while slowly climbing upward like most trains, this one climbs straight up so the angle is challenging at times. Mount Washington’s weather is notoriously extreme. In winter, Mount Washington experiences sub-zero temperatures, hurricane-force winds, snow and ice that essentially turn the peak into an Arctic outpost. As we rode the railway, we noticed that the trees got shorter and shorter until they were just tiny bushes, even though they were at full maturity. Then they disappeared completely. There are only rocks at the top of Mount Washington, which allows the winds to become even stronger.

We started at the base (2,700 feet elevation) with blue skies and temperatures in the low 70's. This area is called the Mixed Forest ecozone. A mix of temperate hardwoods, including maple, beech, and yellow birch, as well as hobblebush and wild raspberry bushes grow in the fertile, well-drained soil. At 3,000 feet, we rode through the Boreal ecozone, consisting mainly of conifers, such as spruce and fir, with paper birch in the lower to mid-range of this ecozone. There are few bushes growing, with  wildflowers, mosses, and ferns being the dominant ground cover. Tree lichens are also common. After 1,000 feet, we were at 4,000 feet elevation. This subarctic climate is home to the Krummholz, which is is a type of stunted, deformed vegetation encountered in subarctic and subalpine tree line landscapes, shaped by continual exposure to fierce, freezing winds. Under these conditions, trees can only survive where they are sheltered by rock formations or snow cover. Out of the open windows on the train, we saw misshapen fir and black spruce and subalpine plants, such as Labrador tea and blueberries. Finally, at 4,400 feet, the trees disappeared. Ground covers are the same as in the Arctic Circle, including mountain cranberries, diapensia, mountain sandwort, various alpine sedges, grasses, and rushes. Mount Washington's summit is at 6,288 elevation. 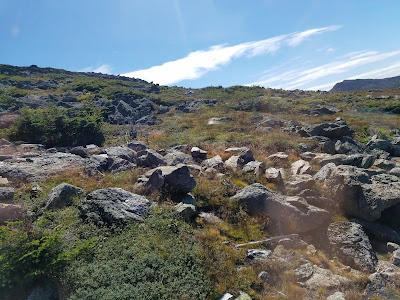 Once at the summit, we were told we could stay only for one hour before our train left again. One hour was barely enough for me. We had a rare clear day at the summit. It was gorgeous!! The wind was a steady 34 miles an hour and the windchill was 46 degrees. We loved it, although the storm lover in me would have been just as happy with snow and fog. The clouds were stunning and took my breath away. We headed straight for the line to take a photograph at the summit (6,288 ft). 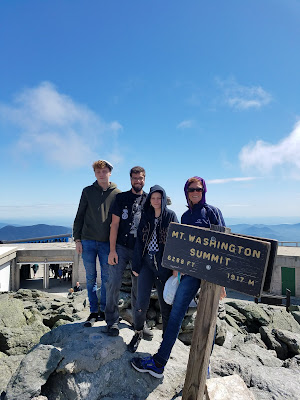 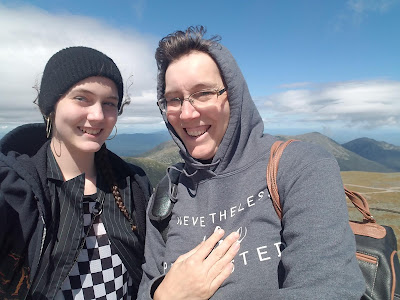 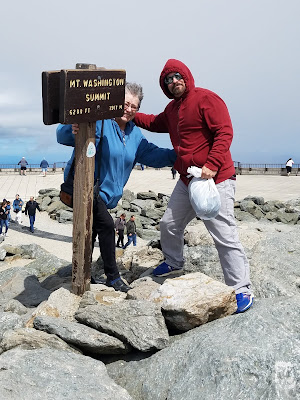 There were several museums on the summit. There is a U.S. Post Office at the top and we were able to mail postcards. That was very cool. We visited the Tip Top House, which was one of the first lodges at the summit, but we skipped the extreme weather museum because we didn't have enough time. We just wanted to be outside enjoying the elements and the views. 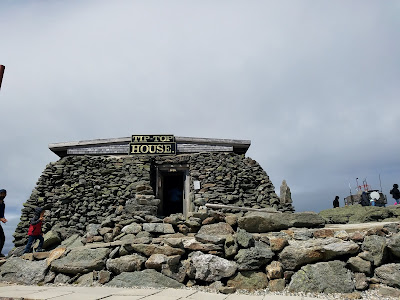 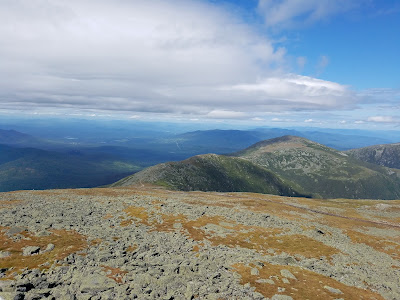 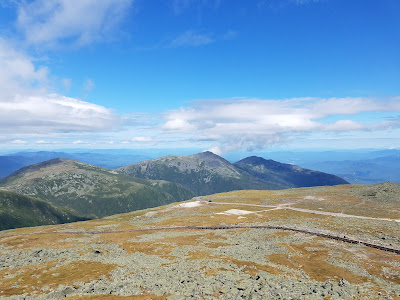 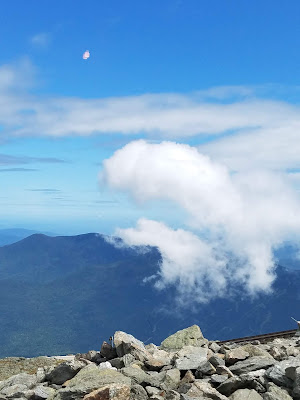 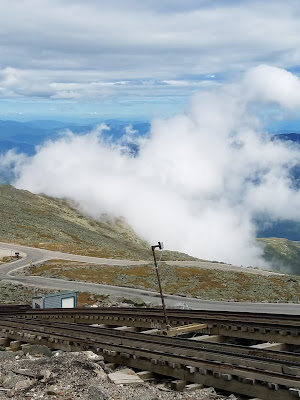 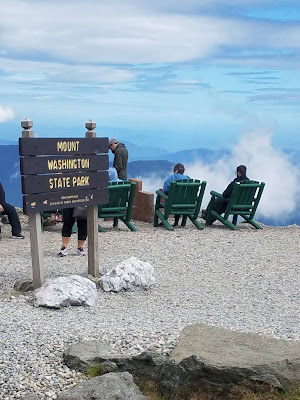 Before we knew it, our train had arrived and it was time to return to the base. What an experience of a lifetime! 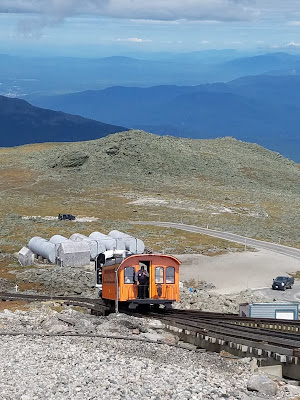 Next up ~ The beaches of Maine and American Stonehenge. 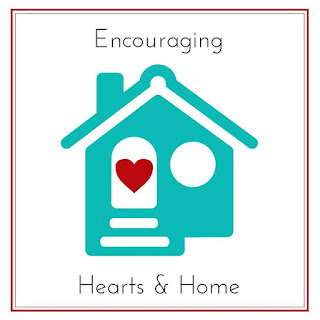