Our last non-travel day was full of nature. We started off at America's Stonehenge in Salem, New Hampshire. This site in the forest is believed to be over 4,000 years old and is likely the oldest man-made construction in the United States. We didn't get to enjoy this part of our trip as much as I had hoped we would. Unfortunately, we were pressed for time, we had a very unhappy young man with us (who, by this point, just wanted to go home), and we were being attacked by many mosquitoes, despite having covered ourselves with tons of repellent. It was an interesting site even with all of our challenges. The site is an astronomical calendar that lines up precisely with England's Stonehenge. It was and can still be used to figure our lunar and solar events. Hieroglyphics of several ancient languages have been found on the stones, including some from Iberia (peninsula between Spain and Portugal). 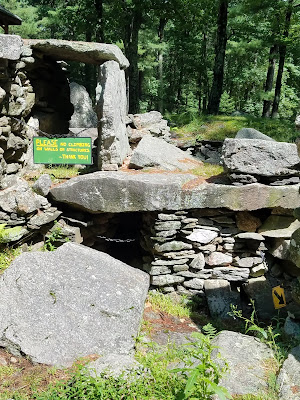 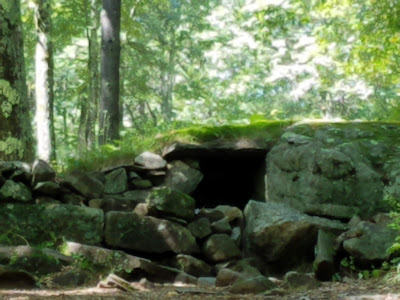 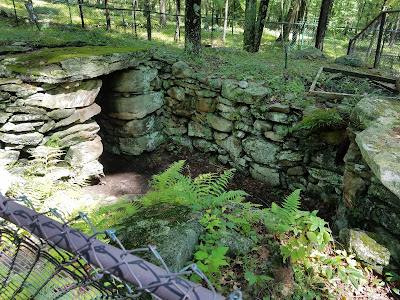 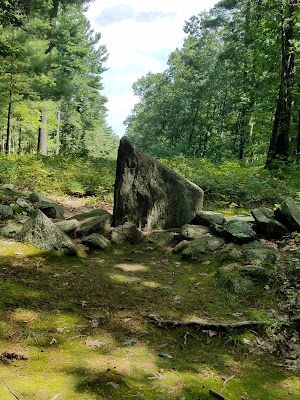 We then moved on to the beaches of York, Maine. There are three different beaches in this town (some rocky and some sandy). This was supposed to be Dean's special event, but he was just too sad to enjoy it. We tried our best to enjoy the beaches for a few hours. They were beautiful and different from what we are used to. We wrapped up our day by moving to a New Hampshire beach that had a boardwalk and enjoyed beach night life. We played miniature golf and had fish for dinner. 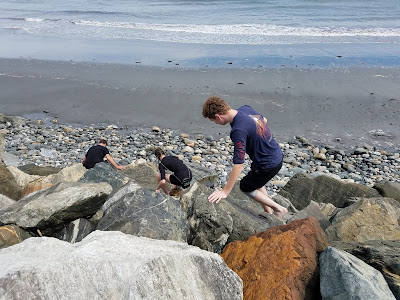 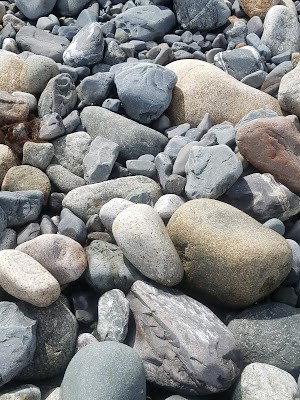 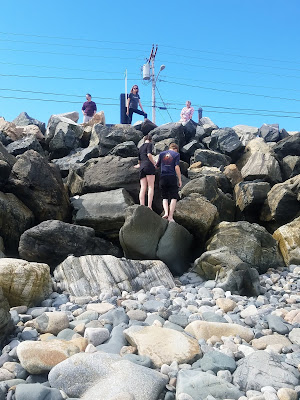 Reflections ~ The most exciting accomplishment of our trip is that we got to visit four more states and add them to our scratch-off map! We visited Connecticut, New Hampshire, Maine and Massachusetts. My kids have now visited 22 states ~ 44% of America! We had four travel days and four vacation days. The travel days were miserable, and I have no interest in repeating them anytime soon. Jumping hotels constantly was very hard. The traffic was horrific both ways and added hours to our anticipated travel times. I had hoped to break up our travel days with a little light fun along the way, but we either got to the fun destinations too late because of traffic or the destination was way, way more crowded than I could have ever imagined. For instance, we went to Hershey Chocolate World on our way to the New England region. It is really a glorified visitor's center with many free activities. It was open until 11 pm and we arrived at 9:30 pm on a Saturday night. It was an absolute mob scene. It reminded me of the crowds leaving the park at night at Disney World! It was not what my stressed-out family needed. The next day, I had planned to do lunch in Hartford, Connecticut and stand outside of Mark Twain's home and talk about our favorite Mark Twain books. It was long past lunch time, and we had already eaten by the time we saw the exit sign for Hartford. We skipped it. On the way home we did stop, but no one wanted to get out of the car because they just wanted to go home, plus it was in a sketchy part of town. I rerouted us through lots of tolls to speed up our trip home and that was a wise choice. We did get home a bit sooner than expected, considering how much traffic we hit. Nonetheless, I am glad we went and that is off our bucket list, but if I could go back in time, I would take the train up and rent a car once there. I would probably have narrowed how many states we visited, too. Live and learn.
Blessings, Dawn
Posted by Dawn at 8:27 AM