We had a solid week around here. I love my teens! They are remarkable young people. As parents, we spend years sowing ideas and morals, nurturing the good and weeding out the bad. We chase away those that would do our little seedlings harm. We work hard and keep our fingers crossed that it will all work out. Then the harvest comes.

My little crew was faced with some hard realities this week and they breezed right through them. Dean came bounding up the stairs this week and practically threw his phone into my hands. He wanted me to read some texts that had come from a friend. His friend had made some wrong choices and ended up drinking with others until he was drunk in the middle of a public school class. Apparently, they are not watched at all in his school. My son was alarmed and worried. He wanted his friend's parents alerted at once so that they could make sure he was going to be okay. Dean very much understands the dangers of alcohol and lives every day with the results of his birth mother's choice to drink while pregnant with him. He was very, very upset with his friend's poor choice, and I am afraid that it made a big dent in this young friendship. I did notify the parents who were very thankful. With counsel, he is trying to be supportive to his friend making better choices in the future. I started sowing the seeds of avoiding alcohol and when to tell on friends way back when my kiddos were preschoolers. Dean learned his lessons well. I am grateful for his loving and tender heart.

Anne attempted to sign up for a sign language class at a local college this week. She wanted to skip the intro class and go to a more advanced class. She also needed special permission because she is under 18. For these reasons, I found myself on the phone with the director of registration and the director of foreign language. After talking to me about her skills and realizing where she had been trained up to now, they rejected her from the class. One of them had heard of her already in the sign language world of our small city and said her "skills were too advanced and she would intimidate the class!" I really am not surprised that she was rejected, but the reason has left us chuckling all week. She isn't going to live this one down too quickly. We have all spent the week teasing her about having intimidating skills. They did refer us to the local college which has the sign language interpreter program that she hopes to attend after high school. They thought she could take a class there that would be challenging. I may look into it next year. It is about 45 minutes away and our plate is full enough right now.

We have become a bit puzzle obsessed around here. We have completed four since Christmas and have two more in the wings. It is a fun distraction on a dark winter night. When we aren't building puzzles, we are playing  the game, Settlers of Catan. 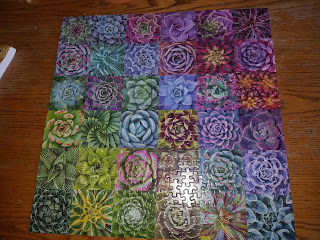 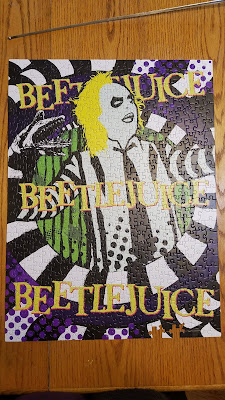 Lastly, I have been looking recently for a new bread recipe. Our bread recipe was getting boring and we wanted a change. I think we are getting close with the latest attempt. It was delicious! 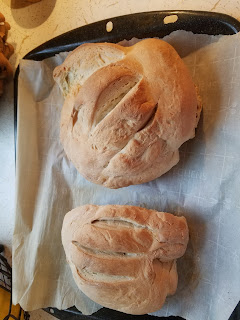