For Anne's 17th birthday party we decided to try a socially distant birthday party. We held it outside, with mandatory masks (when not eating) and everyone six or more feet apart. We decided on a Halloween themed party with carving pumpkins and a "scary" movie as the activities. Since it ended up raining on the day of the party, we had to fit everyone well under the carport. We had to double up the twins on the same blanket since they were from the same household and Tim ended up sitting with Anne for the same reason. The first activity was carving pumpkins. Everyone really liked this activity. We did gut two of the pumpkins beforehand to please two sensory teens. 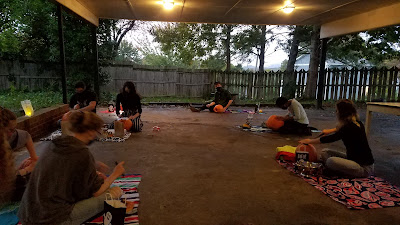 Anne wanted pumpkin bread instead of cake. We found these cute little coffin cupcake molds at a thrift store and made pumpkin bread coffins with candy bones inside. We placed them on a platter of brown sugar (the dirt from freshly dug up graves) and added Belgium chocolate pumpkins. They were delicious and so much fun. 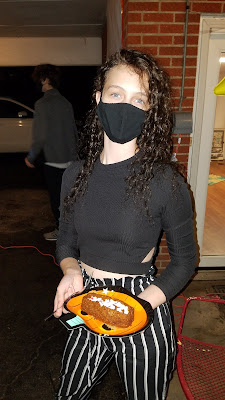 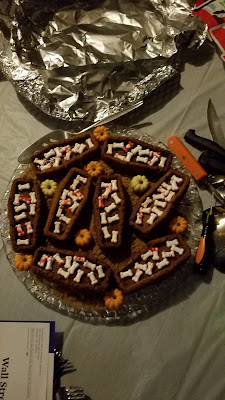 JoJo was our professional pumpkin gutter. She arrived a little bit early and gutted pumpkins to her heart's delight. Her pumpkin came out so cute. 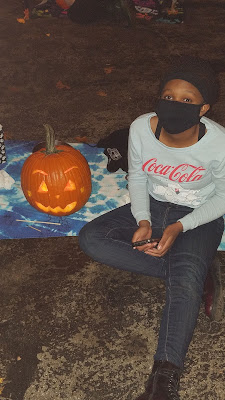 Tim really enjoyed the pumpkin carving, too. He is enjoying his bag of popcorn and M&M's in the photo below. We made bags of popcorn and M&M's in advance. I was the server who handed out everything (soda, carving tools, popcorn, cake), so that everyone could stay sitting on their beach towels and reduce any possible cross contamination. 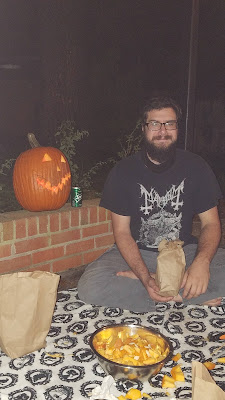 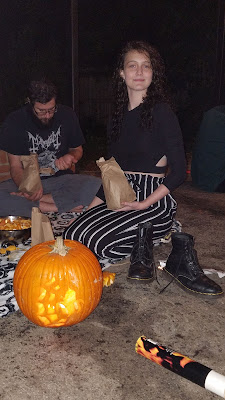 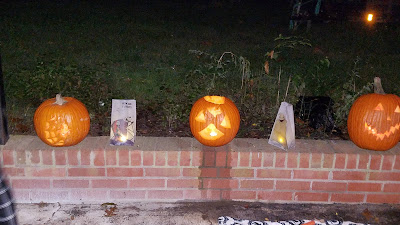 The pumpkins were a perfect party favor for each teen to take home. They were so delighted that they got to keep them. 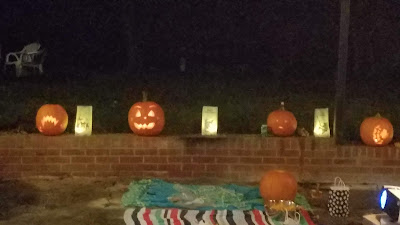 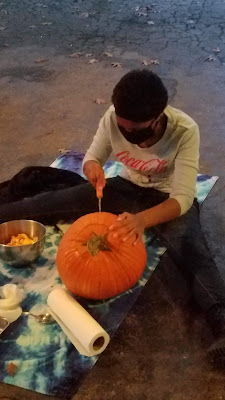 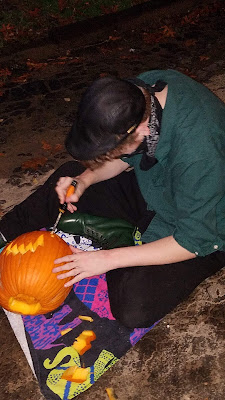 We set the party for two hours in the evening so that it would get dark about 45 minutes into the events. This made a perfect level of darkness for the movie, The Nightmare Before Christmas, to play on the projector. We used a shower curtain liner as the movie screen. The carving took them longer than I expected, so I had to start the movie before they were done carving. However, no one seemed to mind and the movie was sort of in the background providing ambience. I thought the teens might prefer to talk more than watching the movie anyway. I was right. 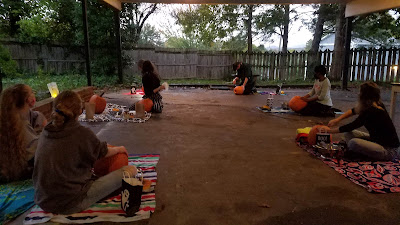 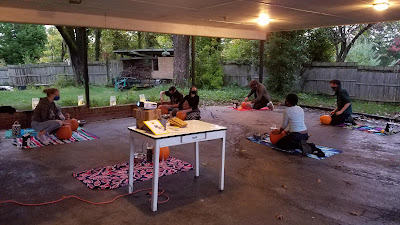 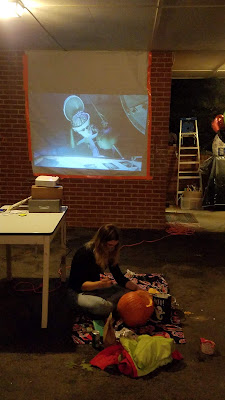 It all worked out great. Anne was able to see four of her nearest and dearest friends. Elijah also got to invite one friend. He had his best friend since early childhood over. The whole experience almost felt normal and proved that life can go on even with all of the many modifications that we are now taking to reduce the spread of COVID and increase safety, especially for our high risk oldest son, Tim. Everyone was delighted to be invited and more than happy to comply with our safety measures. Most of these young people live with a high risk family member as well and have been in even stricter lockdown than we have for many months.
I am so glad we were able to pull it off!!

Email ThisBlogThis!Share to TwitterShare to FacebookShare to Pinterest
Labels: Life in Quarantine