Over the summer Dean finished his 9th grade Visual Arts I class, which he had been taking for several months. Dean's growth in art was remarkable this year. He took classes with Miss Laura, who is an accomplished artist in our area. She taught him a lot about shadowing, murals and portrait drawing. He had a very exciting opportunity to create a mural of his own that was accepted and placed outside a popular restaurant in our area. It will be posted for three months (July - September 2017). He used acrylics as his medium and used the grid method to move his drawing from a standard sheet of paper to the 4 foot by 8 foot wooden mural board. 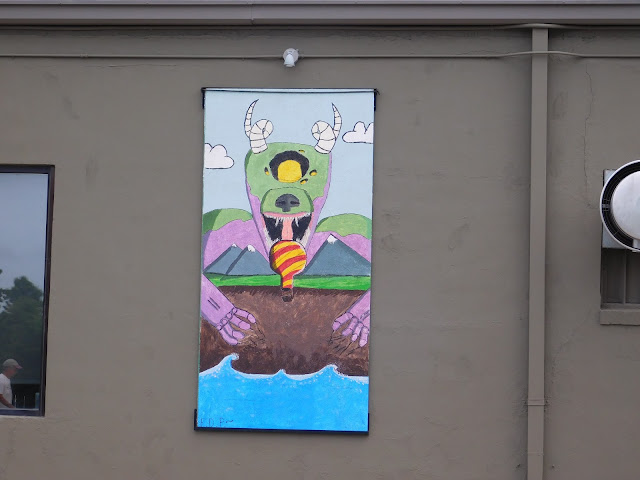 Dean discovered his love of portraits this year. He much prefers drawing to painting and truly enjoyed drawing ears, eyes, hair and mouths. He spent hours perfecting each of these parts of the face and head. 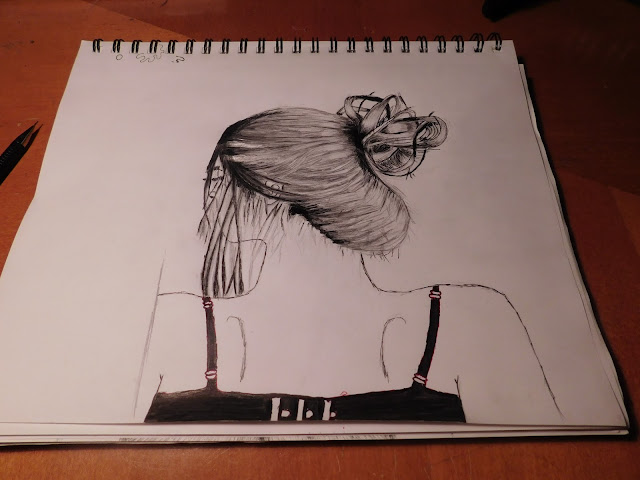 Dean learned about several artists under the tutelage of his grandmother, who is also a trained and accomplished artist. He studied Paul Klee, Edvard Munch, Henri Matisse, Shel Silverstein and Jackson Pollock. After an hour or more of an art history lesson on each artist, he then did an art project using each artist's technique and style. 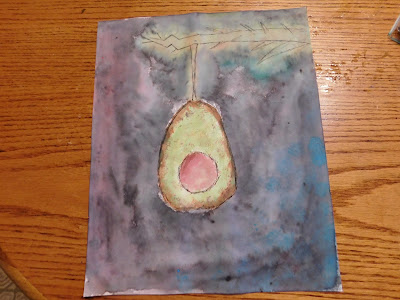 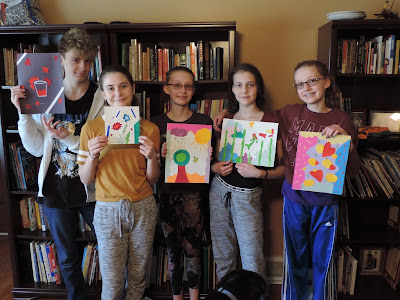 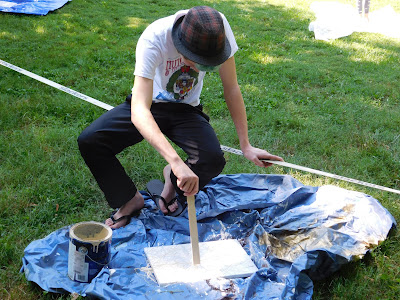 He attended First Fridays Teen Workshop at Roots and Wings most months of the school year. In that setting, he enjoyed drawing while hanging out with friends, learned more about anime and explored other mediums, such as plastic and shrinky dinks.

Dean went on several field trips to galleries and museums. The most exciting trip was to the Metropolitan Museum in New York City. Dean was delighted to see his favorite painting by Monet, Bridge Over a Pond of Water Lilies.

He also did a few cooperative art projects with his art mates in class with Miss Laura. One of his favorites was each of them separately drawing parts of a face, which created Harry Potter when all of the students put the pieces together. 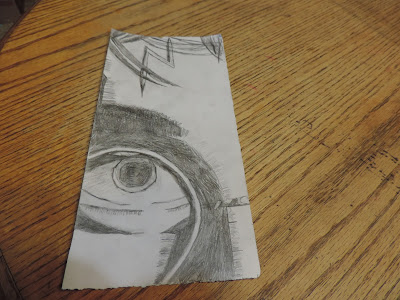 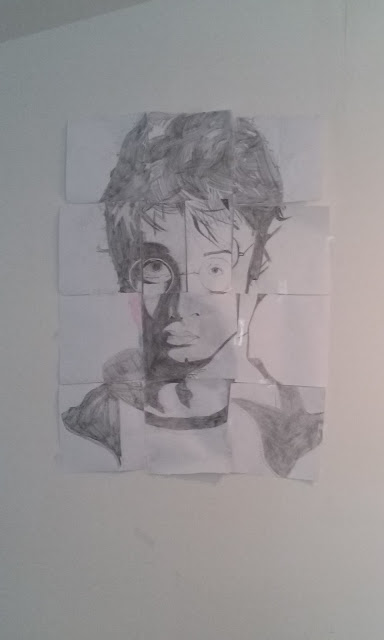 It was a great course! Dean earned an A (95) for completing all assignments on time, doing all homework, full participation in all classes, completion and acceptance of a mural that was hung at Avenue M restaurant and impressive progress in drawing skills.