One way we reduce costs is to keep food waste to a minimum in our home. This week it was time to take care of a few foods that were lingering. We have been doing Misfit Market for a few months now. They send you a box of produce that is at risk of being thrown away. All of the food is fresh and organic, but it is often the wrong size or there was too much of it produced and the stores won't buy it. We have really enjoyed our boxes, but we do end up with some odd things (at least unusual to us). This week we really needed to use up some kale. I decided to pull out the dehydrator and make kale chips. They came out pretty good and will hopefully be eaten up quickly.
I found a box of gingerbread mix left over from Christmas in the cupboard and we had three very soft apples. I made gingerbread apple streusel. It came out well and got eaten up quickly. 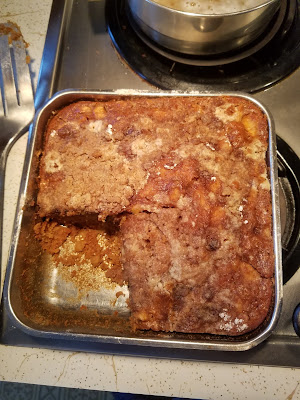 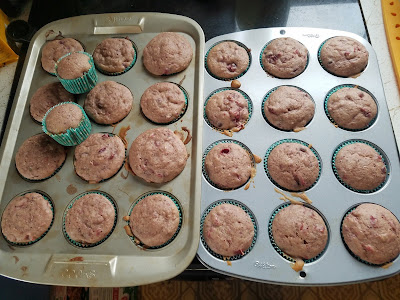 I also had a bag of chili mix that was about to expire. It made a wonderful dinner of chili. 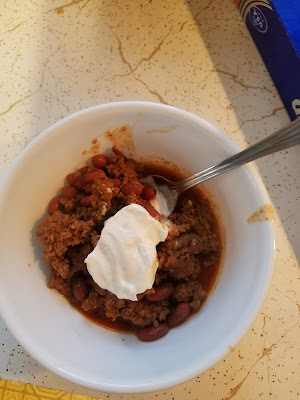 We used up some organic chocolate pudding mix that had sat in the cupboard for more than a year. 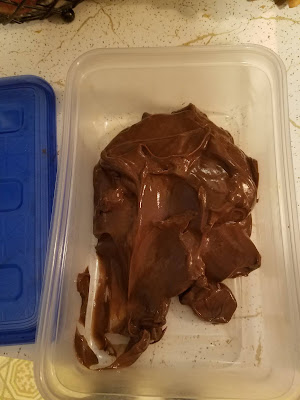 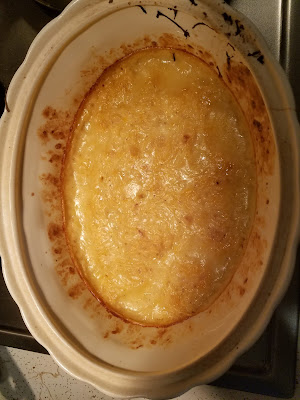 We also made a beef stew with some strong Medieval spices that were left overs from last year. I didn't get a photo of it.

We rarely have food go to waste. If the kids don't like it the first way it is presented, I recreate it into something else. That usually works.

Blessings, Dawn
Posted by Dawn at 9:55 AM