I have struggled with my attitude this week. I think it is mostly a result of hoping that we could go on a small overnight vacation next week. That will not be the case. COVID-19 gets worse and worse all the time. I couldn't find anywhere with lower numbers or without hot spots that were better than ours in a three hour radius. Welcome to the South. So we will stay put and I will adjust my attitude. Really, I have little reason to complain as so many living through this crisis. Think of Anne Frank, who sat in a tiny attic for three years before being caught and eventually killed. I am free to move within my community without fear for my life. I have food, shelter, books, movies, fun pets and family to pass the time. I have the Internet. Need we say more?
I did manage to snag one picture from the owner of the camp's Facebook page of Elijah Dean at camp this week. They were in the middle of a war and those lying on the ground had already met their fate. This week was a bit better than last week's camp. The heat was a little bit less, but there were more boys so the energy of the kids was higher. He got a nice check on the last day of work, along with compliments for his hard work and his calming effect on the campers.
In other news, the tree men came back to remove the precarious tree from behind the dance shed. They started with three men and swelled to six before all was said and done. They discovered that the tree was filled with cement that some former home owner had used as a means to "secure" the tree! With much work, they finally brought it to the ground where it will lay until my husband can break it into firewood. It is in a part of our yard that we do not use, so there is no rush. Unfortunately, as it came down, the tree hit the dance shed and the roof needs to be fixed once again. The contractor has already come out and the work is almost done at no cost to us. I am so relieved that the tree is down and did not hurt anyone. It did enough damage even with lots of guidance from the professionals. 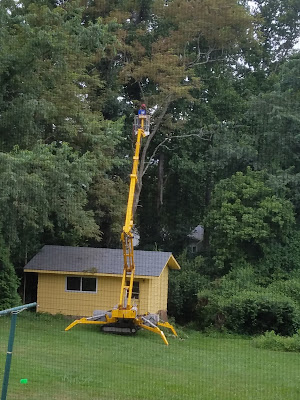 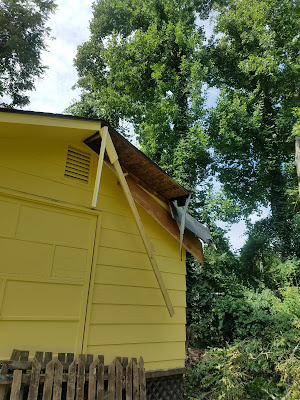 Anne tried learning to sew before but got easily frustrated. But this summer, she has taken to sewing like a duck to water. She has made six ballet skirts this week, three for friends and three for herself. She is already talking about possibly making and selling them on Depop. She also has learned how to make hair scrunchies. Unfortunately, making three tiered masks are still alluding her. I hope it is just a mental block. Making them would be useful to our family. 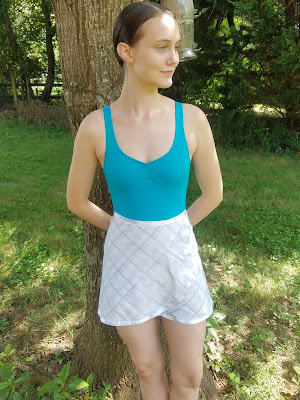 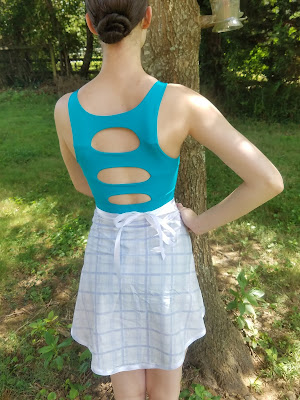 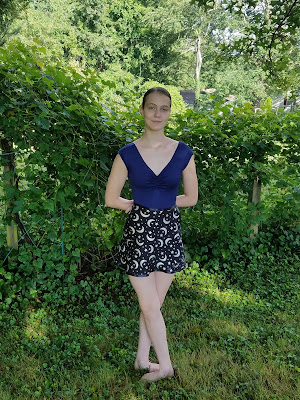 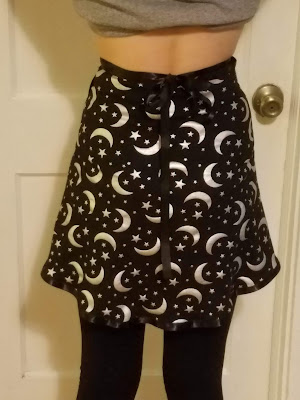 Anne also went to work, did nine history lessons and took three dance classes (two on Zoom and one in the park). She is a highly motivated girl.
I did a bit of touch-up painting of the kitchen this week. I also tried to stay on top of the gardens that we have been improving this summer. The rest of my week was spent enjoying pets, keeping up with normal household stuff, shuttling kids here and there and continuing to sort stuff for donation. I hope to paint a ceiling or two next week.
What we ate this week ~
Just two pictures to give you a wee chuckle ... because we all need a chuckle right about now.
Blessings, Dawn
Posted by Dawn at 7:19 AM